Panic strikes at the sight of an analytics dashboard three days after your client’s campaign goes live. According to the numbers, your ads have generated 50,000 click-throughs, but their corresponding post-click landing page? It’s only registered 10,000 visits.

Frantically, you track down the advertisements and make a stomach-churning discovery: Every one of them points to a 404 page. 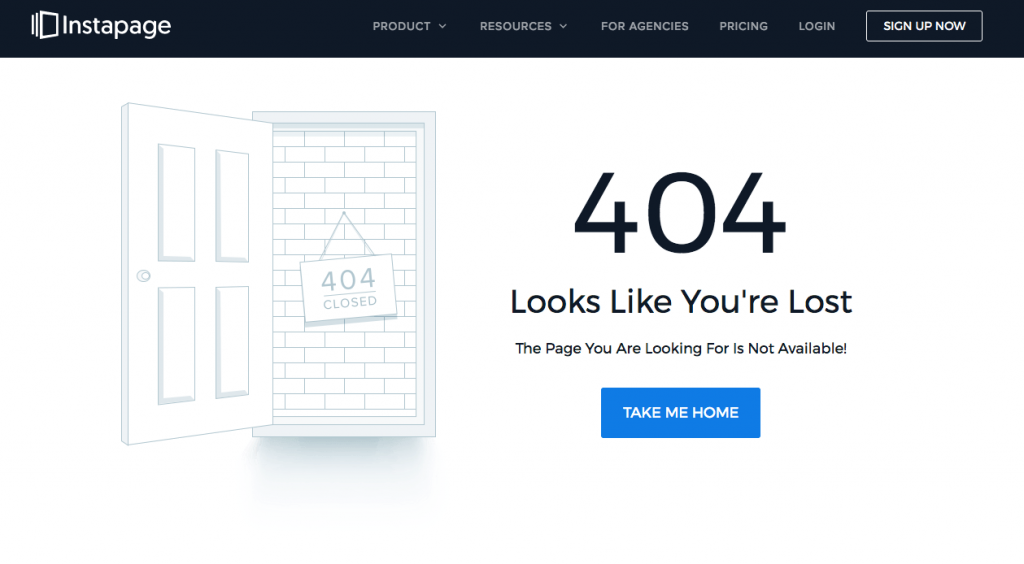 At some point, somebody in your organization screwed up — and without a detailed audit log, you have no way of knowing who or how. Now, your agency’s on the hook for thousands of wasted ad dollars, and you don’t know how to prevent the issue in the future. What will you tell your client?

An audit log (or audit trail) is a detailed, chronological record of actions taken in a procedure or adjustments made to a project. They’re common in fields like medicine, accounting, IT, and digital design, too — especially when collaboration is key to success. Humorously, Lysa Myers from WeLiveSecurity points out why:

If you’ve been an administrator for any length of time, you know that users can be remarkably creative about doing things you would not expect. If you don’t know what you don’t know about what’s happening in your network, it could lead to a lot of sleepless nights. But this does not have to be accepted as inevitable; audit logging can give you that view into what’s going on so that you can try to retrace the user’s steps if something strange happens.

In other words, audit logs give you a step-by-step breakdown of who did what when — to your campaign, your website, or whatever project you’re working on — to help you maximize successes in your process and minimize failures.

Using audit log software presents several benefits for marketing agencies and teams alike. Here’s why you should be tracking key actions every step of the way.

It’s true that by tracking your team’s activities, you’ll be able to see when they make a mistake after it’s happened, then address them accordingly. But, research shows that keeping an audit log could also help prevent errors before they occur too.

Consider an experiment from Washington University, in which three researchers aimed to curb employee theft at casual dining restaurants across the country, like Applebee’s, Olive Garden, and Chili’s.

As the researchers noted, employee theft can come in different forms in the foodservice industry. It’s not just stealing from the register — theft can also be giving away a free round of drinks in exchange for a bigger tip. The staff is trusted to input every transaction into a POS system, but that doesn’t always happen.

So, in 392 restaurants across 39 states, experimenters had a theft-monitoring software installed to see if it could catch scheming employees. It would not only alert managers when the establishment was being outright stolen from, but also when it identified suspicious patterns that could indicate nefarious employee behavior.

Over $2,000 in savings per week for restaurants. This New York Times piece does an excellent job of summing up the reason why:

The impact, researchers say, came not from firing workers engaged in theft, but mostly from their changed behavior. Knowing they were being monitored, the servers not only pulled back on any unethical practices but also channeled their efforts into prompting customers to have that dessert or a second beer, raising revenue for the restaurant and tips for themselves.

In the end, the software didn’t catch many thieves, but it did keep employees adhering to protocol because they knew they were being tracked.

Another study from Newcastle University showed that even the illusion of someone watching can change people’s behavior. When researchers hung posters of human eyes in a public cafeteria, twice as many people cleaned up after themselves than when posters of flowers hung on the walls.

By using an audit log, you can affect behavior the same way. Letting your employees know their behavior is trackable means ensuring protocol is always met. That way, you won’t have to worry about lazy mistakes or any attempts to undermine a campaign.

Allowing clients access to key content has its pros, like the ability to get stakeholder feedback before the finalization of a project. At the same time, it also has the potential to cause more problems than it solves.

If you integrate with your client’s business using a collaborative model, similar to the way agency 85SIXTY does, there’s always the potential for finger-pointing between your team and theirs when something goes wrong.

What happens when you, as a freelancer, submit a post-click landing page design that somehow goes missing after it’s passed along to the Content Marketing Manager? What happens when the leads you’ve generated vanish, but several of your client’s employees have access to a CRM?

When a page gets deleted, leads go missing, or a design gets altered, you’ll be able to stop the bickering before it starts with a step-by-step list of actions and who took them. Your employees may be the first you double-check, but they’re not always the ones at fault.

When George Santayana said “Those who do not learn history are doomed to repeat it,” he wasn’t referring to insight from audit logs, but he might as well have been.

With a detailed account of the steps each of your team members takes from the beginning to the end of your projects, you’ll be able to pinpoint both where you went wrong and right along the way.

If all your advertisements point to a 404 page like in the example earlier, the reason could be that a designer accidentally deleted your post-click landing page. Or, it could be that a paid marketing manager changed your page’s URL in the middle of the campaign.

By keeping an audit log, or using an audit log software that automatically tracks changes to your projects, you’ll know why. And when you know the reasons behind each, you’ll be able to minimize mistakes and replicate successful processes in the future.

4. Determine the effectiveness of your tool

Your clients and employees aren’t the only ones with the potential to make or break a project. Your tool can do it too. And, according to the National Institute of Standards and Technology, an audit log can help you figure out when:

Audit trail analysis can often distinguish between operator-induced errors (during which the system may have performed exactly as instructed) or system-created errors (e.g. arising from a poorly tested piece of replacement code). If, for example, a system fails or the integrity of a file (either program or data) is questioned, an analysis of the audit trail can reconstruct the series of steps taken by the system, the users, and the application.

Checking your tool for glitches and inconsistencies isn’t anything new. A/A testing helps marketers calibrate A/B testing software, and audit logs can do the same for other tools.

If for example, your audit log reveals nobody has accessed a post-click landing page since the beginning of your client’s campaign, the fact that your ads point to a 404 page could be an indicator your tool is to blame. And a follow-up with that tool’s customer support team will reveal what went wrong.

As agency staff members know, clients can be a pain. Some give bad feedback; others don’t pay on time. And in some cases, clients can be so stubborn they’re unwilling to admit they’re wrong.

In the rare case, a dispute over thousands of wasted ad dollars results in a threat of legal action; an audit log file may help provide evidence of who’s fault.

Who did what and when? What was the mistake that led to the downfall of your client’s entire campaign? Which business is responsible for those thousands of wasted ad dollars?

Without an audit log of key actions and updates, you have no way of knowing.

At the same time, audit logs can be incredibly tedious to maintain. Demanding your employees track every action in a spreadsheet or manual tool can cost a business hours of productivity a week.

A better alternative? Audit logging software that automatically tracks actions in a system. With the new Instapage audit log, you’ll get exactly that: 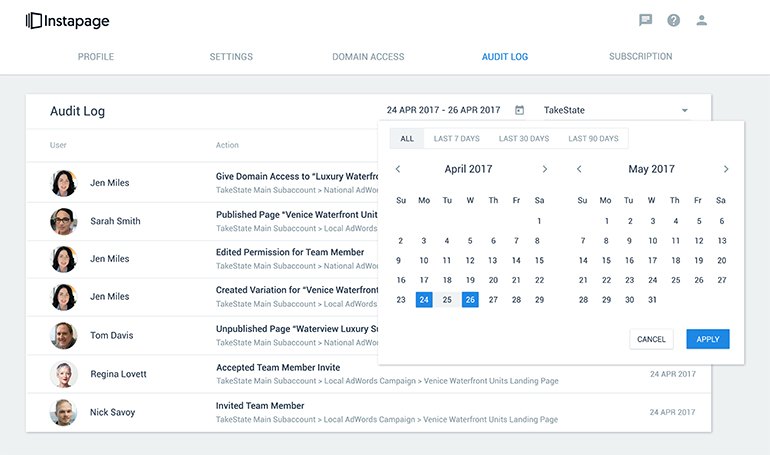 Know exactly what happens to your account, when, and who’s responsible. That way, mistakes are only made once while successes multiply and streamline your workflow.