Released in 2016, YouTube bumper ads have given advertisers a creative way to increase brand awareness and reach. However, these non-skippable ads can only run for a few seconds, so creating compelling ads in this format can be challenging.

In this guide, you’ll learn the basics of bumper ads, including what they are, how much they cost, and how effective they can be. Additionally, this guide will outline best practices, look at some examples, and show you how to set up your bumper ad campaigns.

YouTube’s bumper ad is a six-second, unskippable video ad that plays before a YouTube video. It is one of YouTube’s six different advertising formats. Due to their short length, bumper ads are best for creating brand awareness and reach.

In contrast, ad formats like overlay ads, skippable, and non-skippable video ads are better for longer ad spots that dive deeper into product features and benefits.

Bumper ads can run as standalone ad campaigns, but Google recommends running them in combination with TrueView Ads to increase their effectiveness (ex. Showing TrueView ads to first-time viewers and then continuing to show those same viewers bumper ads to increase frequency).

In either case, bumper ads should be set up as their own campaign in Google Ads (formerly Google AdWords).

How much do bumper ads cost?

Much like other YouTube and Google advertising types, bumper ads operate within a bidding pricing model. In this case, however, only cost-per-impression (CPM) pricing is available, so you will be charged per 1,000 impressions.

Exact pricing will vary based on targeting and competitiveness. However, you can set a daily budget and a maximum CPM to ensure you don’t spend more than you want.

In a study of 122 bumper ad campaigns in 2017, Google found that 70% drove a significant lift in brand awareness, with an average lift of 9%.

Additionally, 9 out of 10 drove ad recall globally, with an average lift of over 30%.

For those unfamiliar, ad recall is a measure of an ad’s effectiveness. The metric looks at a sample of respondents that are exposed to a specific ad and then later asks them if they can remember the ad. Lift refers to an increase in sales in response to some type of advertising.

Video length: 6 seconds
Device availability: Shown on both mobile and desktop devices
Delivery: Bumper ads are presented prior to a YouTube video. Any file type accepted by YouTube is acceptable.

1. Focus on one single objective

In a 30-second ad, you have time to include a short story, product info, a tagline, and more.

But with bumper ads, you don’t have that luxury. Your ad has to be extremely concise. Try to fit too much into your ad, and you may leave viewers confused and ultimately reducing the impact of your campaign.

It’s best to focus on a single point -- one single objective.

Think about the one thing that you want to convey in your ad.

Whatever it is, make sure to keep your ad quick and concise. Don’t overcomplicate things by trying to stuff too many selling points into one ad.

In addition to a single objective, you should also try to keep your ad's flow and visuals as simple as possible. Too many visuals, cut scenes, or overwhelming text will be distracting and hard to follow in such a short time span.

3. Come out of the gates swinging

Beginning your ad with a striking visual, funny moment, or celebrity talent can be a great way to quickly capture the viewer's attention, which is essential in a short ad.

Many advertisers may be tempted to cut down their 30 or 15-second video ads to fit the six-second format. However, this effort may not always translate, and the ad will likely come off as confusing or disjointed.

It’s best to start fresh and create ads specifically for this six-second (or shorter) ad slot.

The ad was ranked number one by YouTube in a survey of internal global data from April to July 2017. YouTube stated that rankings were determined via an algorithm that factored in organic views, click-throughs, and user creative ratings.

In this ad, Mercedes-Benz advertises its new Mercedes-AMG GT S and the fact it can go from 0-100 km/h in 3.8 seconds.

In this ad, Yoplait introduces viewers to their new Fruit Burst yogurt.

While the first scene accurately shows what goes into the product, the scene (and the entire ad itself) doesn’t evoke any emotion, nor is it unique. It’s likely to be a forgettable ad.

Gumtree is a classifieds site in the UK. In this ad, they advertise how simple it is to sell items on their website.

How to set up bumper ads 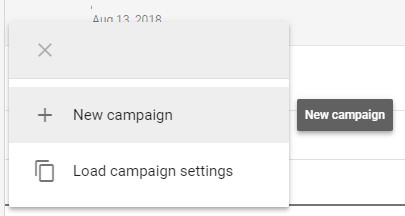 From there, choose the “Video” campaign type:

Now, you’ll be able to customize your bumper ad campaign. From the following screen, you can name your campaign, set a daily budget, select start and end dates, the networks where you'd like to show your ads, and target specific languages and locations: 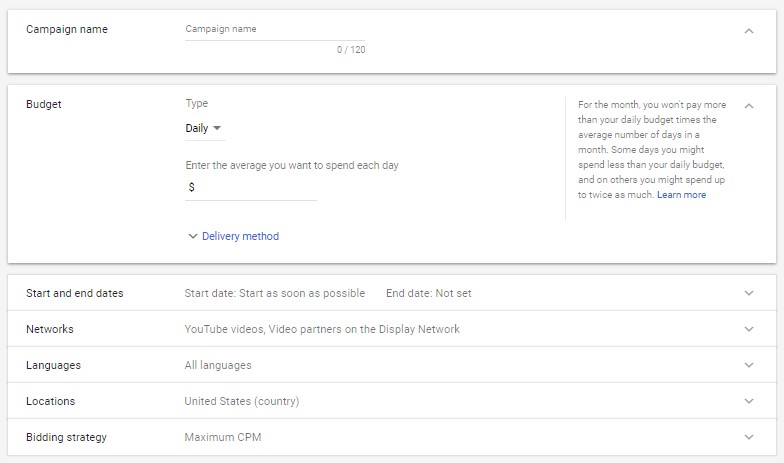 When setting your bidding strategy, make sure to change Maximum CPV to “Maximum CPM”. By choosing Maximum CPM now, you’ll be able to select Bumper ads as your video ad format later.

Below that, you can customize your targeting with options for demographics, audiences, keywords, topics, and placements:

Under the “Create your video ad” section, enter in the URL of the video you’d like to use for your bumper ad campaign:

Remember, this video must be six seconds or shorter.

Once you’ve entered in your video’s URL, you can now choose the “Bumper ad” video ad format: 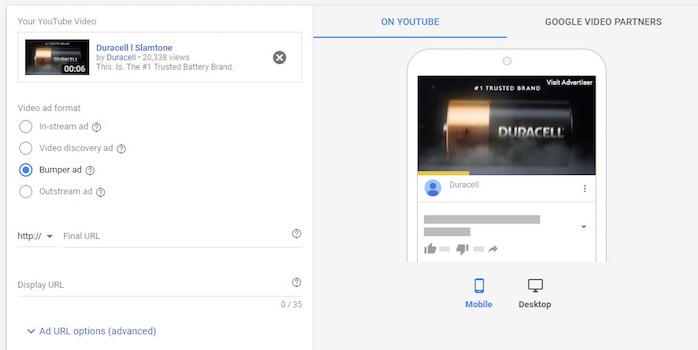 At this point, you should also enter in your ad’s final URL, display URL, and customize URL options (this area is optional and allows you to add information for tracking and custom parameters).

Finally, you can name your ad and choose whether you want to auto-generate the video ad’s companion banner or upload your own custom image: 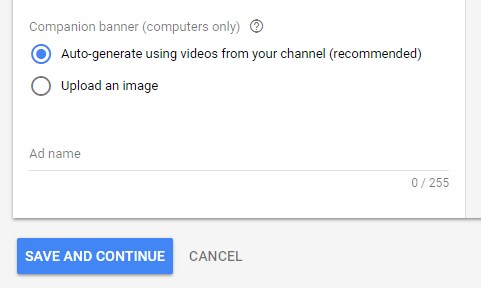 Once you’re satisfied with all of your settings, click “Save and Continue” to publish your ad campaign.

YouTube’s bumper ads offer advertisers a unique way to show ads to video watchers and increase brand awareness quickly. However, bumper ads aren’t likely to be the only advertising format you use.

It’s likely you’ll also use Facebook, Instagram, Twitter, Google search ads, and more. For ad specs and targeting options for each of these major ad platforms, including visual examples, download our free guide, “A Reference Guide for All Digital Advertising Formats.”