Many marketers have experimented with Facebook vs Google ads at one point or another — naturally, since the two are major advertising powerhouses. They often forget about Twitter, which has been right up there with Facebook in terms of social media marketing popularity.

But if both platforms are go-to channels for marketers for digital advertising, how do you choose between Twitter ads vs. Facebook ads: 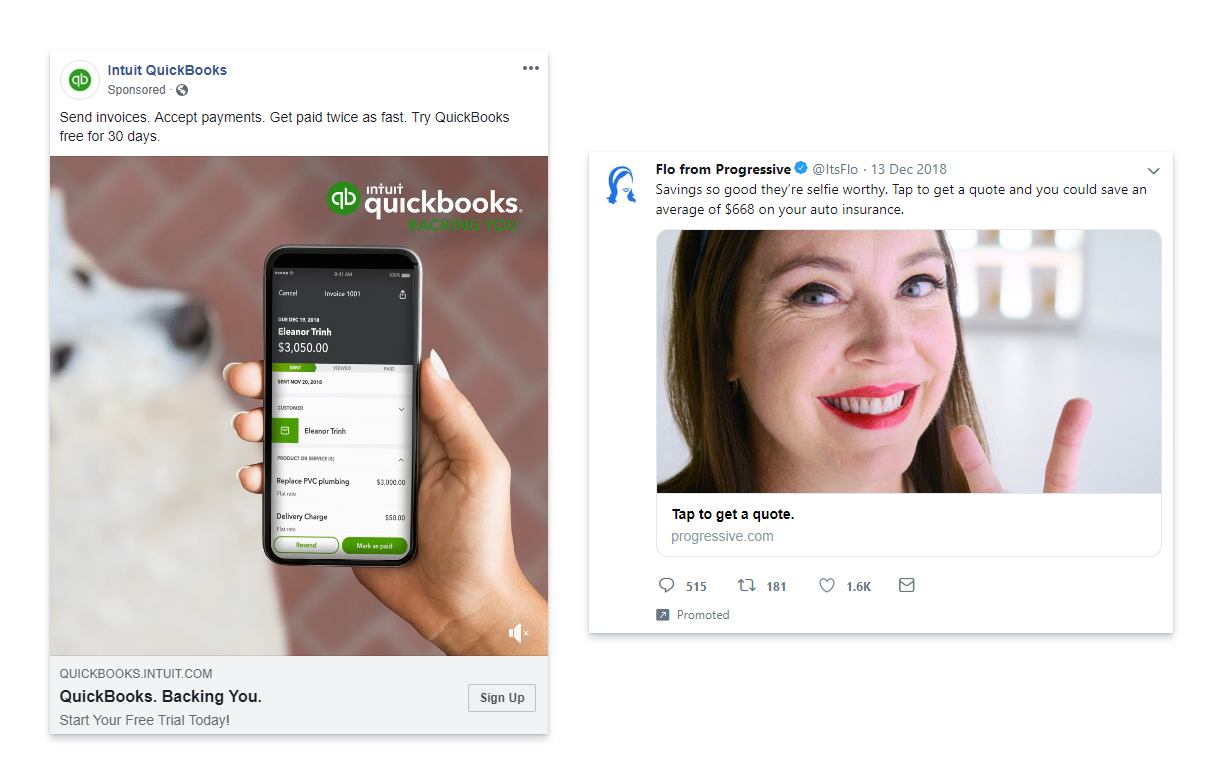 Today, we’re comparing both advertising channels in several areas to help with your decision.

Choosing between Twitter vs. Facebook ads isn’t just about finding the “best” platform, or the one with the most users you can reach. It’s also about one that allows you to connect with the right audience.

Facebook is easily the most active social network, but some other factors to consider are:

Even the senior population here is growing faster than ever, with about 9 in 10 “social seniors” over the age of 65 having an account today. This could be a testament to the platform’s ease-of-use and accessibility.

Meanwhile, Twitter has a much younger user base, and is most popular with people in their late 20s and early 30s: 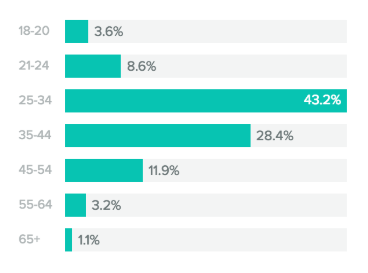 Equally as important is the intent of each platforms’ users, because Facebook and Twitter aren’t necessarily used for the same reasons.

Twitter is a faster-paced platform with informal social connections. People use this channel primarily to discover new content and trending topics (news, sporting analysis, product/service updates, etc.), and to follow anyone and everyone of interest (celebrities, politicians, and journalists).

Conversely, the majority of Facebook users are there to stay deeply connected and engaged with their family, friends, and people they know. They also use it to remain up-to-date on their favorite brands.

Both platforms offer a wide variety of text and video ads, yet Facebook offers a few ad types that Twitter doesn’t, including:

Offer ads to highlight timely discounts and promotions, and encourage people to shop:

Both Twitter and Facebook have the usual targeting parameters: demographics, geographics, interests, etc. — but Twitter has the upper hand here with its unique keyword and audience targeting capabilities.

It enables advertisers to target users who have used specific words and hashtags in their Tweets, as well as any other users who have interacted with those Tweets in the last seven days. On Facebook, you can only target by topic; not a keyword.

You can also reach an audience on Twitter with Tweet engager targeting — a form of remarketing to people who recently saw or engaged with your tweet:

Although Facebook has custom audiences, which is fantastic — you need to have a user’s email address or phone number to reach them. On Twitter, all you need is a user’s handle.

Twitter ads pricing is determined by your allocated budget and bid for each campaign. You have three bid options:

What you pay for depends on the campaign type:

Facebook’s ad cost depends on the competition from other advertisers for the targeted audiences. Generally speaking, the larger the audience, the higher the cost. However, Facebook offers several pricing structures based on ad types and advertising goals — and bidding is based on the amount of money you’re willing to spend on a click, impression, view, or app install.

According to Rival IQ’s 2018 Social Media Industry Benchmark Report, Facebook’s median engagement rate per post across all industries is 0.16%: 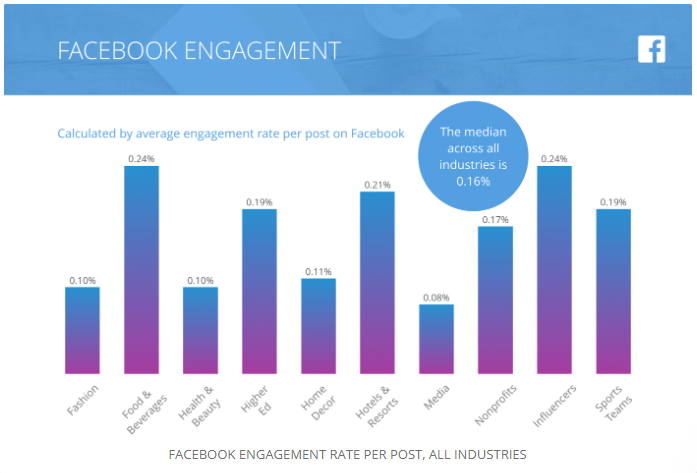 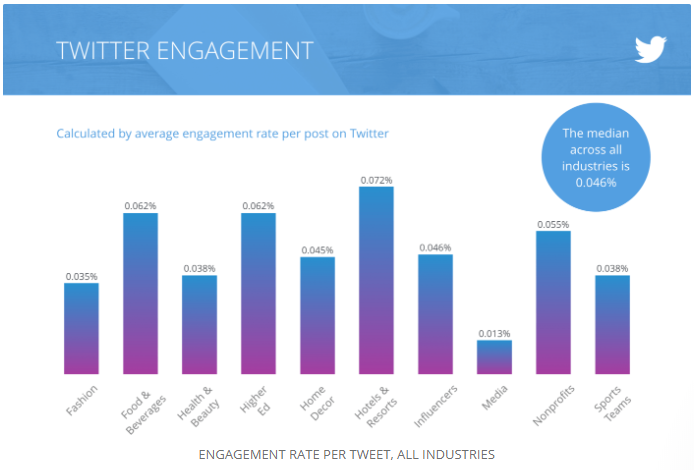 One reason for this is that brands on Facebook have more time to make an impact on their audience than brands on Twitter since Tweets don’t stay visible for long before they’re pushed down by new Tweets.

You can also view analytics based on Twitter handles, which is an extremely useful feature that Facebook doesn’t offer:

Being able to pinpoint exactly which segments of your audience is working — even the specific users — can significantly help improve your ROI.

Deciding between Twitter vs. Facebook Ads is up to your brand and specific campaigns. Both platforms can help with brand awareness and generate leads and sales in unique ways, but there’s also some crossover. Many companies even prefer to use a combination of channels in their social media marketing campaigns to maximize results.

To determine which solution is right for you, download the Instapage digital advertising reference guide for the most updated ad specs, best practices, examples, and more. Then experiment with Twitter vs. Facebook advertising, test your results, and decide which one is best for your brand.