Stock photos are phony, a waste of space, and hated equally among everyone who’s ever seen them. Right?

So how come they’re still widely used by some of the world’s biggest brands?

Because they’re not all as bad as this one: 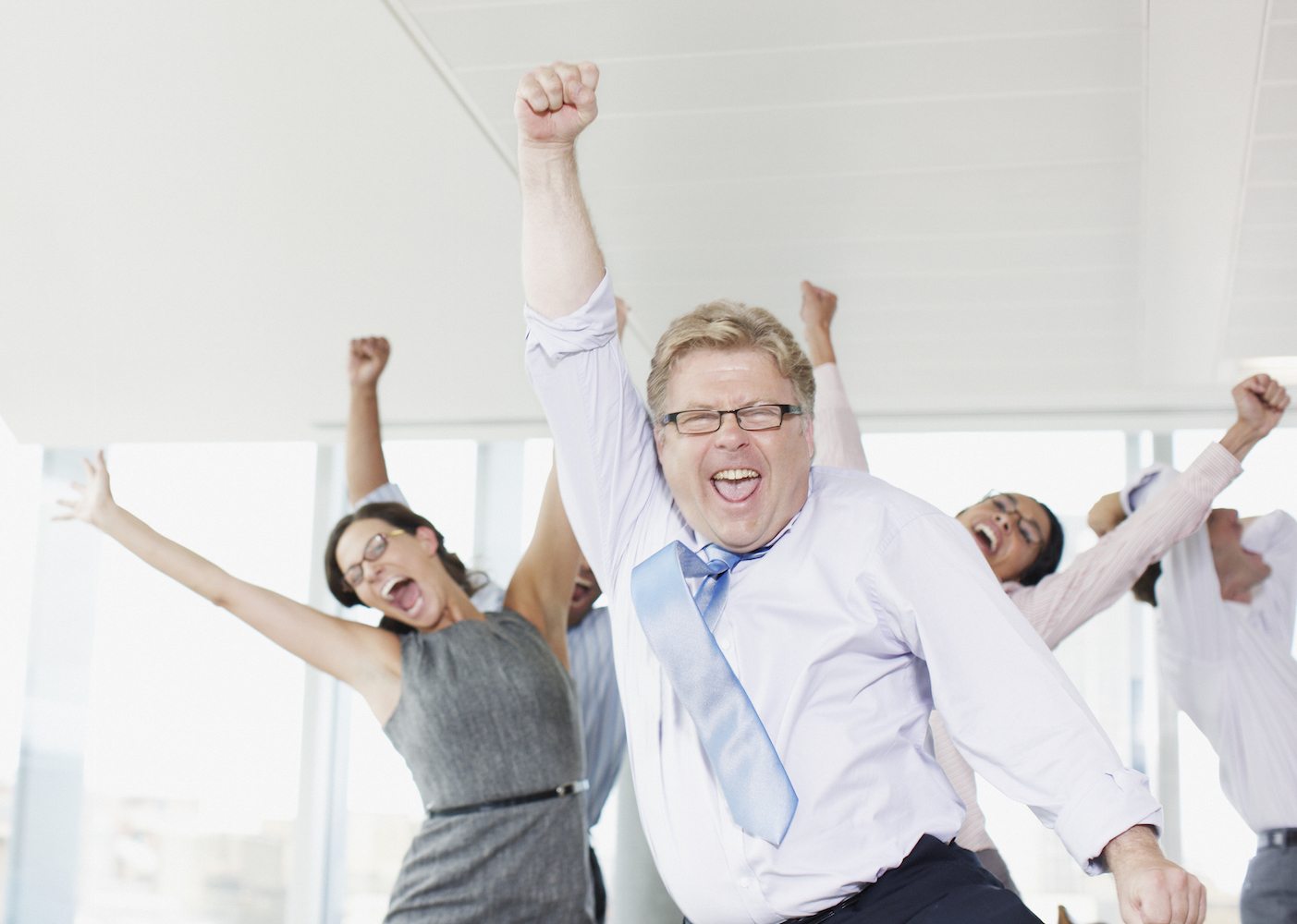 In fact, they’re better than “not bad.” When you know how to use them correctly, they’re a valuable tool for saving your team time and your business resources. When you use them haphazardly, though, they can convey an insincere message that sends prospects straight into the arms of your competitors.

To keep them consuming your content, we’re going to share a few golden rules for using stock photos in your marketing, but first, two things:

The following article will outline the golden rules for using stock photos in your marketing content, but to learn additional ways to get even more from your stock photos, download the new Instapage stock photo guide: How to Select the Best Stock Photos for Your Marketing Campaigns. 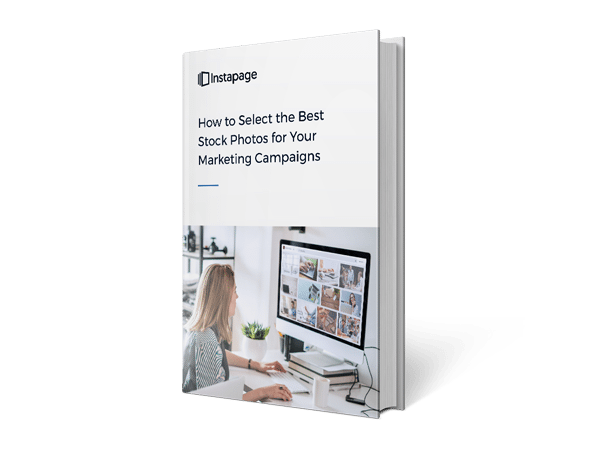 Warning: These are not your brand guidelines

At Instapage, we use a set of brand guidelines to dictate our usage of stock photos in marketing content. You probably have a set too, and it’s unlikely yours is the same as ours.

So, if you see something in this article that contradicts your brand’s guidelines, remember that yours take precedent. Brand consistency greatly impacts buying decisions, so when you use stock images that aren’t consistent with your brand, you’re diluting your trustworthiness.

The basic rules for using stock photos in your marketing content

It’s been a few years since visual content started taking over the internet and the trend continues today. Photos, infographics, and videos rule the web, but they take valuable resources to create. Here are some stock photo usage rules that will save your designers the time it takes to craft every image from scratch:

Stay away from cheesy images

There are the good stock photos, and then there are the ones that everyone has grown so tired of — the cheesy ones, like this one: 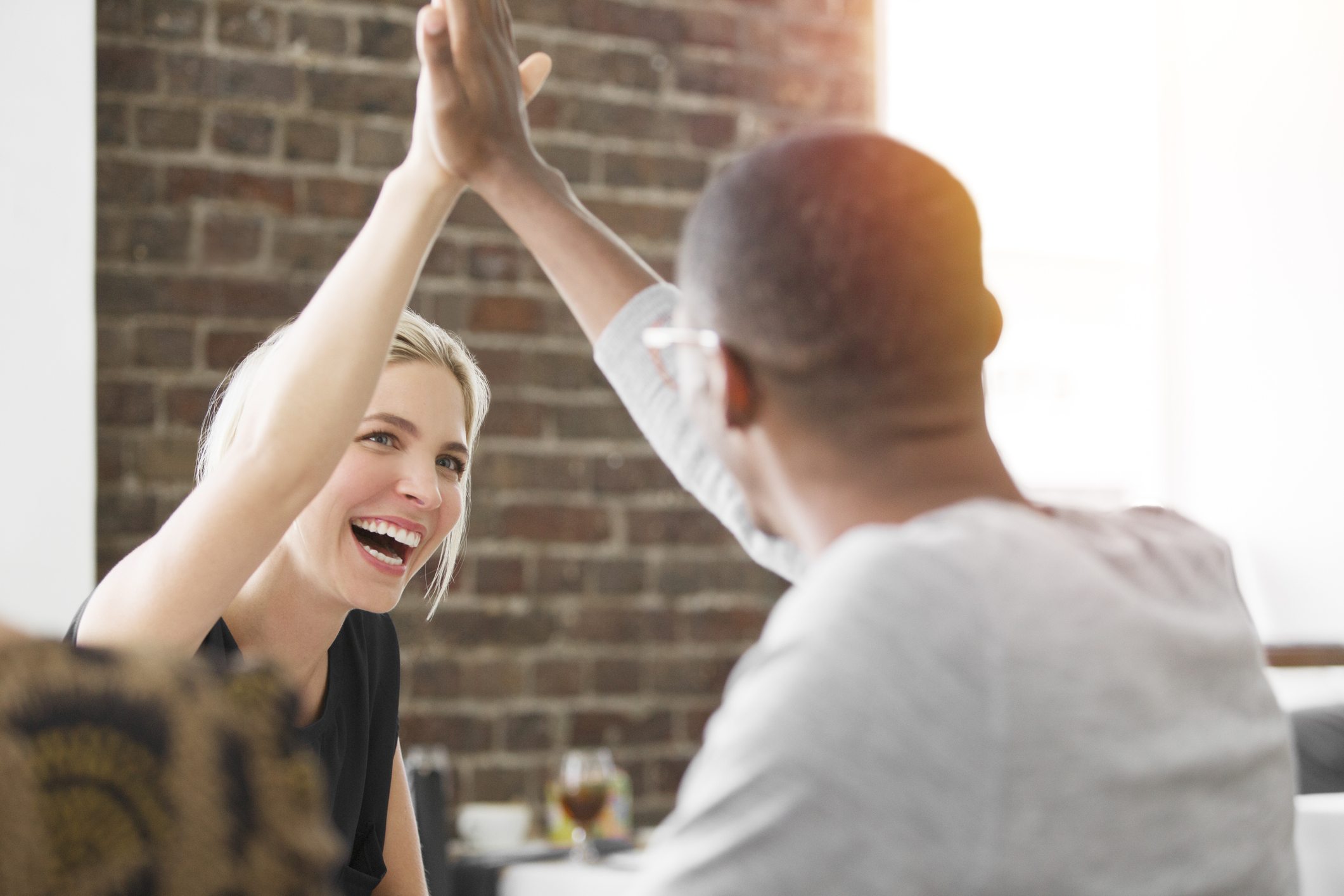 Can you remember that last time you gave your coworker a high-five?

Or, what about this one? 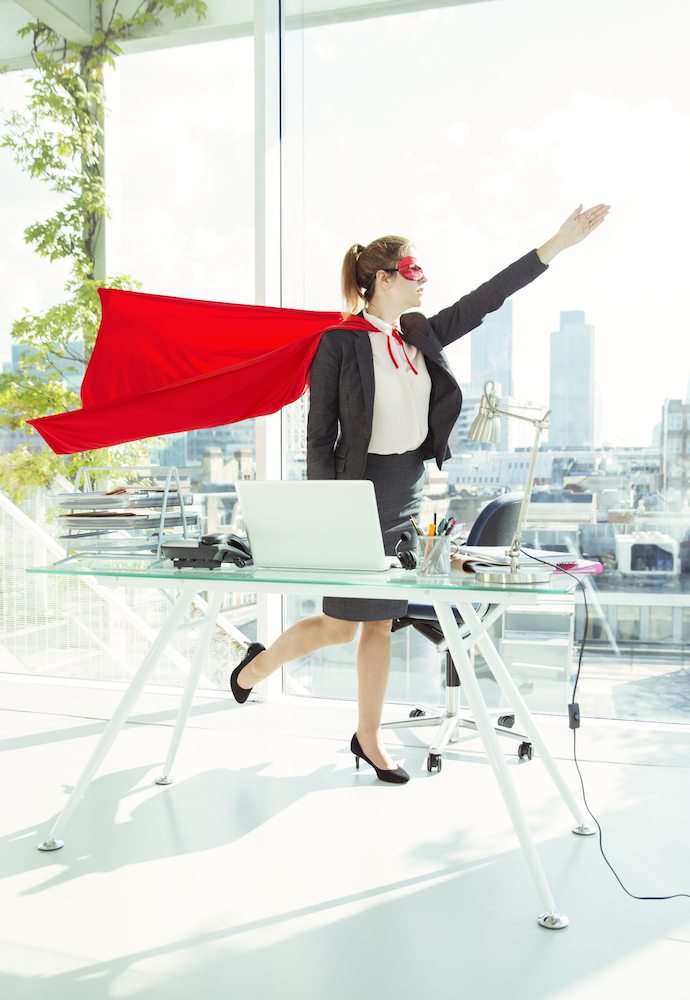 Have you ever seen anyone at work dress up in a superhero outfit before a morning meeting?

These are the photos we’ve all come to hate. And it has nothing to do with the fact that they’re staged. It’s that they’re cheesy. They’re unrealistic and unnatural. Here’s what we mean:

So, when photos of people wearing capes appear in your ebooks and blog posts and post-click landing pages, they make your prospects roll their eyes and in some cases even ignore your content. Ask yourself: Would I take business advice from a company that uses ridiculous photos in its marketing?

Instead, opt for a photo that depicts a situation that would actually occur in real life. Here’s a more realistic image of a business woman in the office: 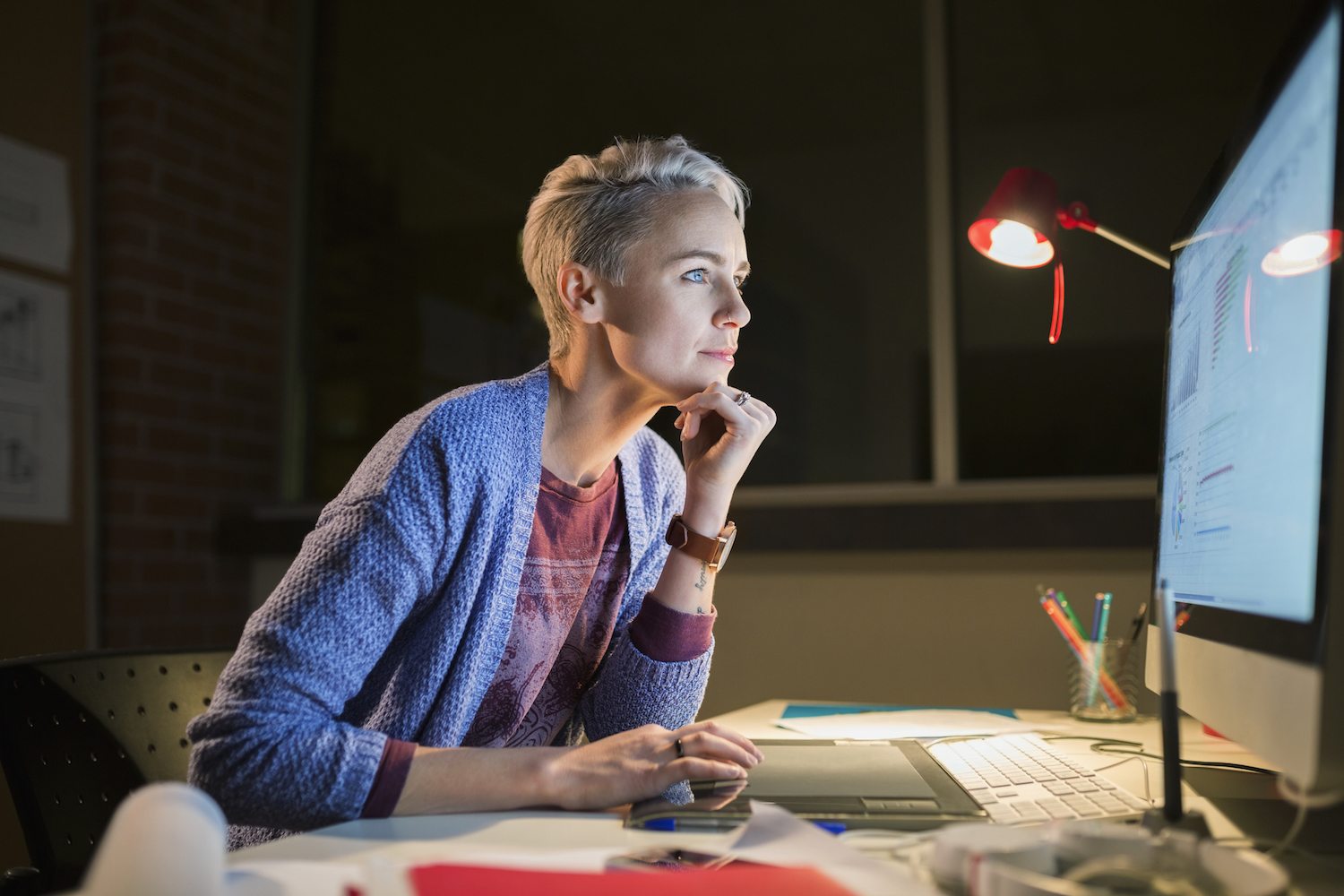 She’s sitting at her desk, looking at her computer intently. She’s working. She’s not grinning from ear to ear because people don’t grin from ear to ear while they’re working. This is something you could very likely see walking into your own office. And that’s a good way to tell whether something is realistic or not. If you never (or rarely) see it in real life, then you probably shouldn’t include it in your marketing content.

Like an unrealistic scenario, you can spot an unnatural one with just a glance. Let’s use an example.

Here’s a photo of someone stressed out at work: 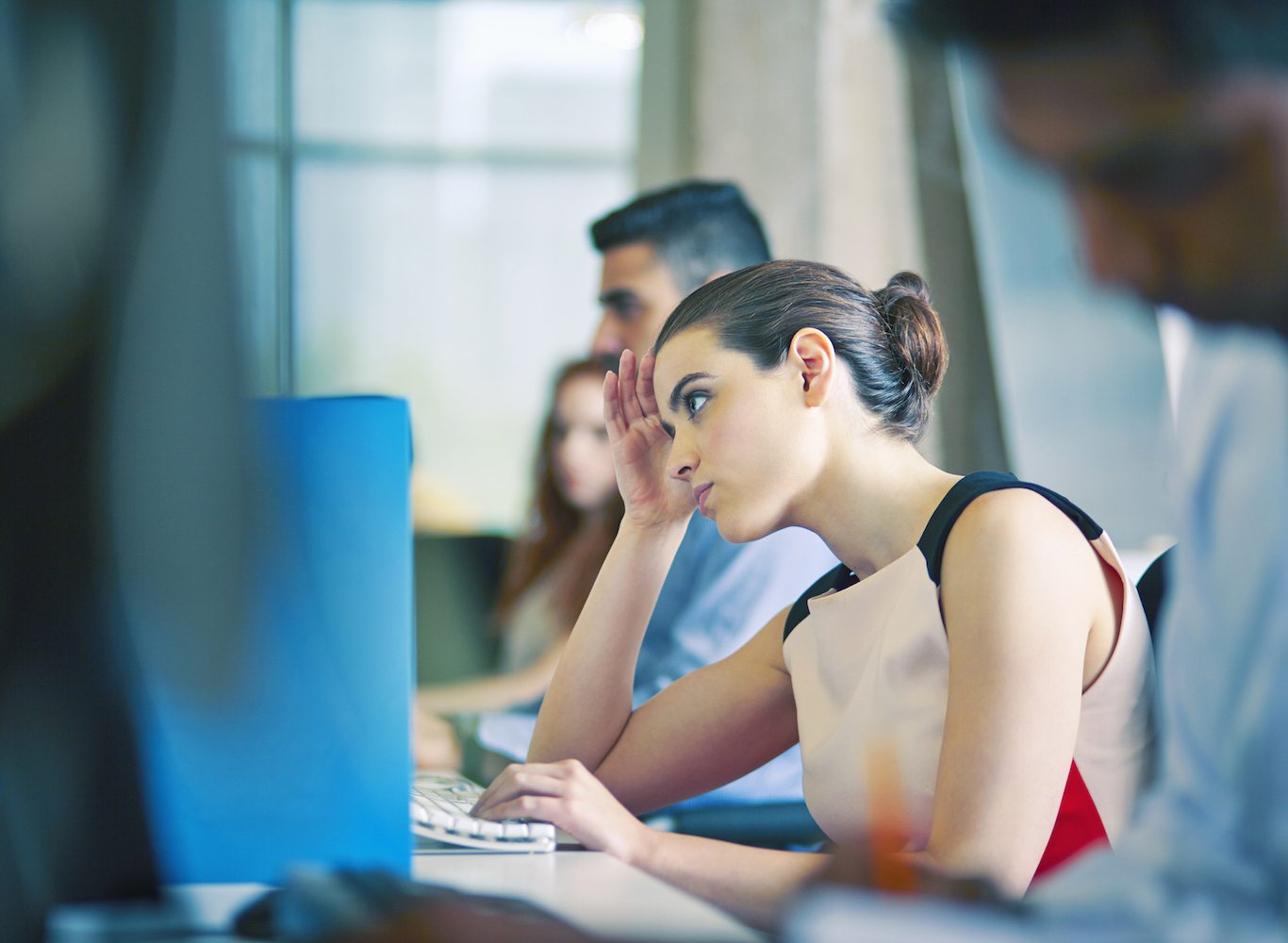 Now, it’s realistic, because this could happen, and it often does. People are stressed at work all the time. It’s also natural. Because if it did happen, then that’s probably close to what it would look like. It might also look like this: 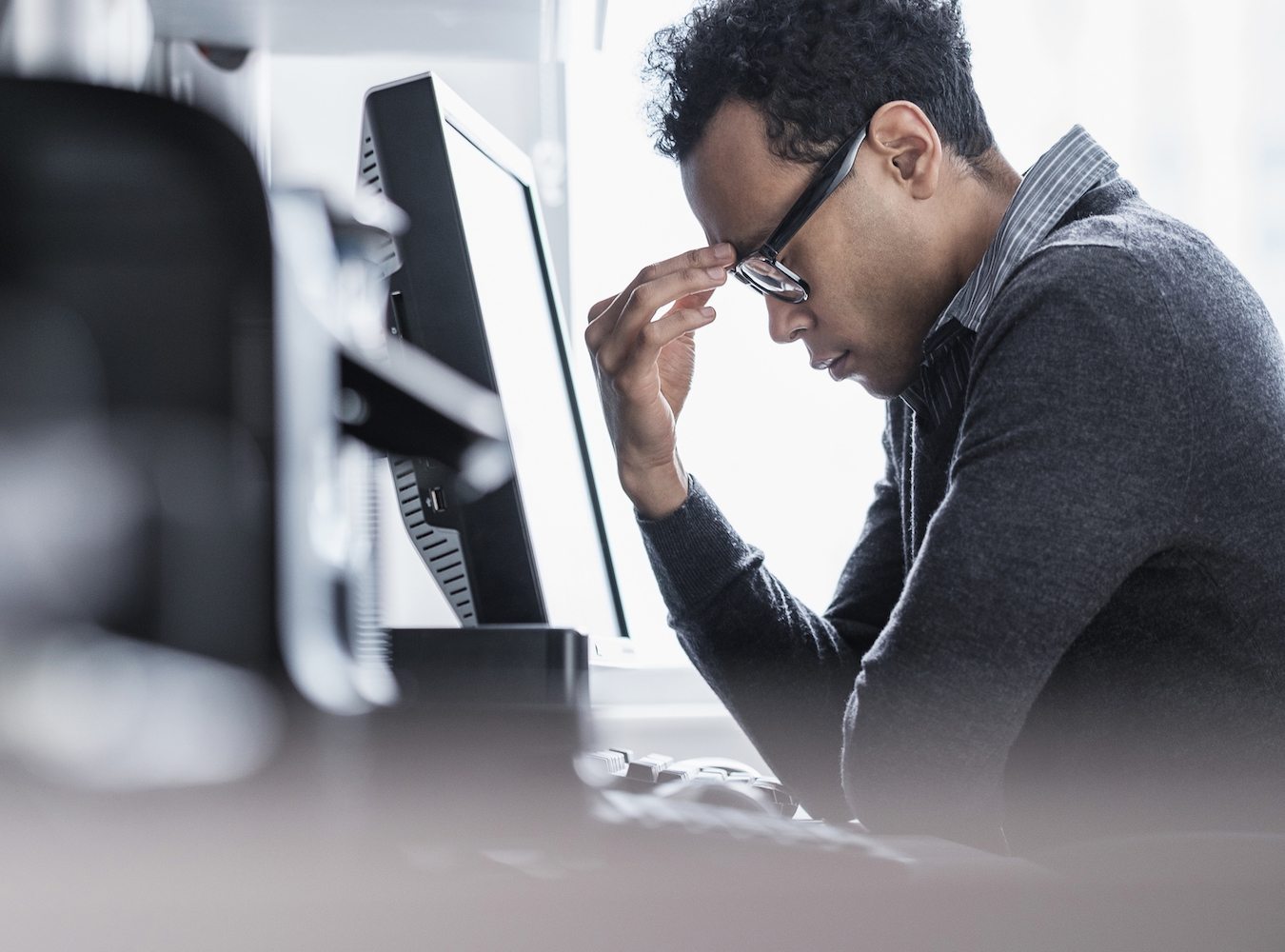 Or maybe even this: 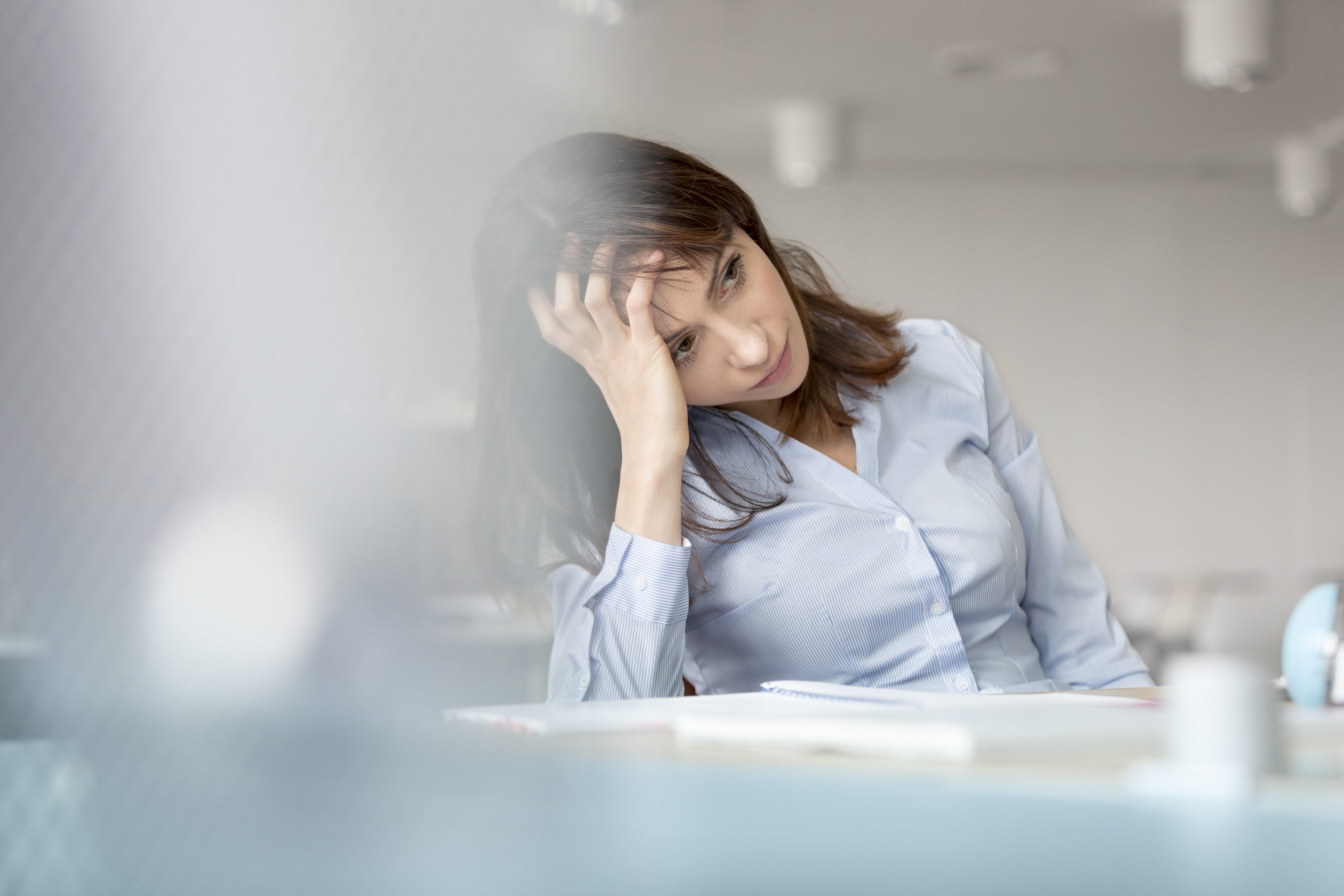 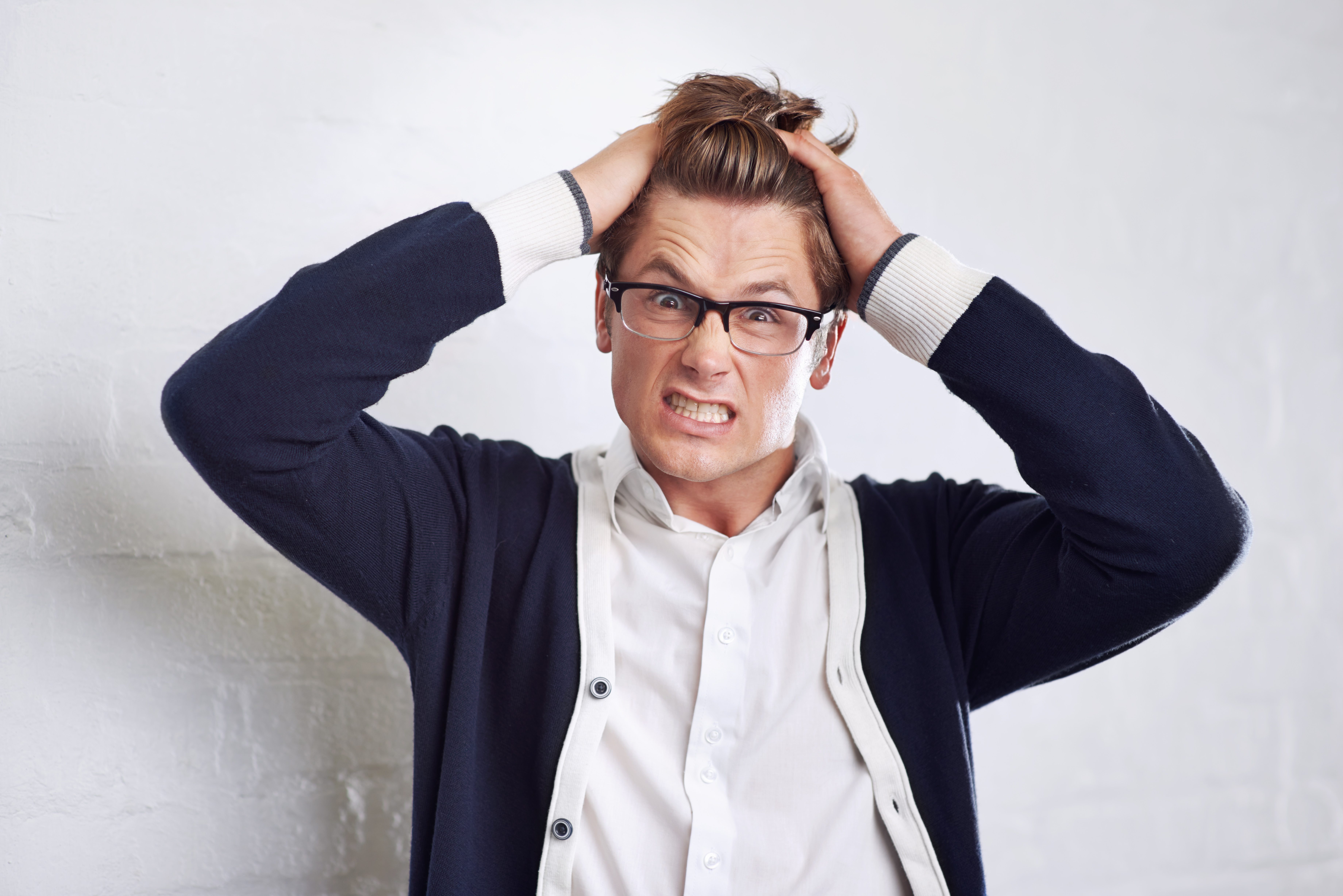 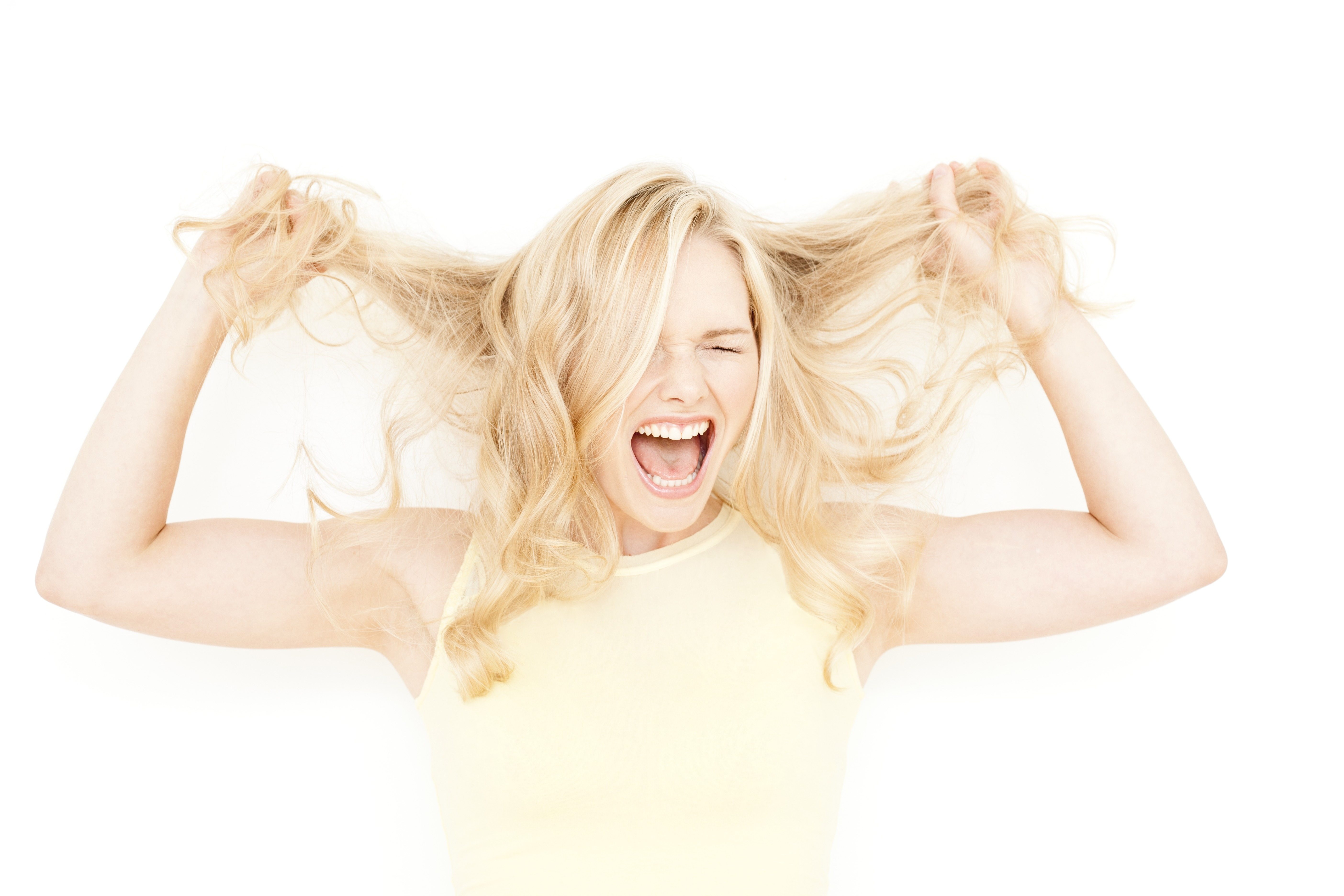 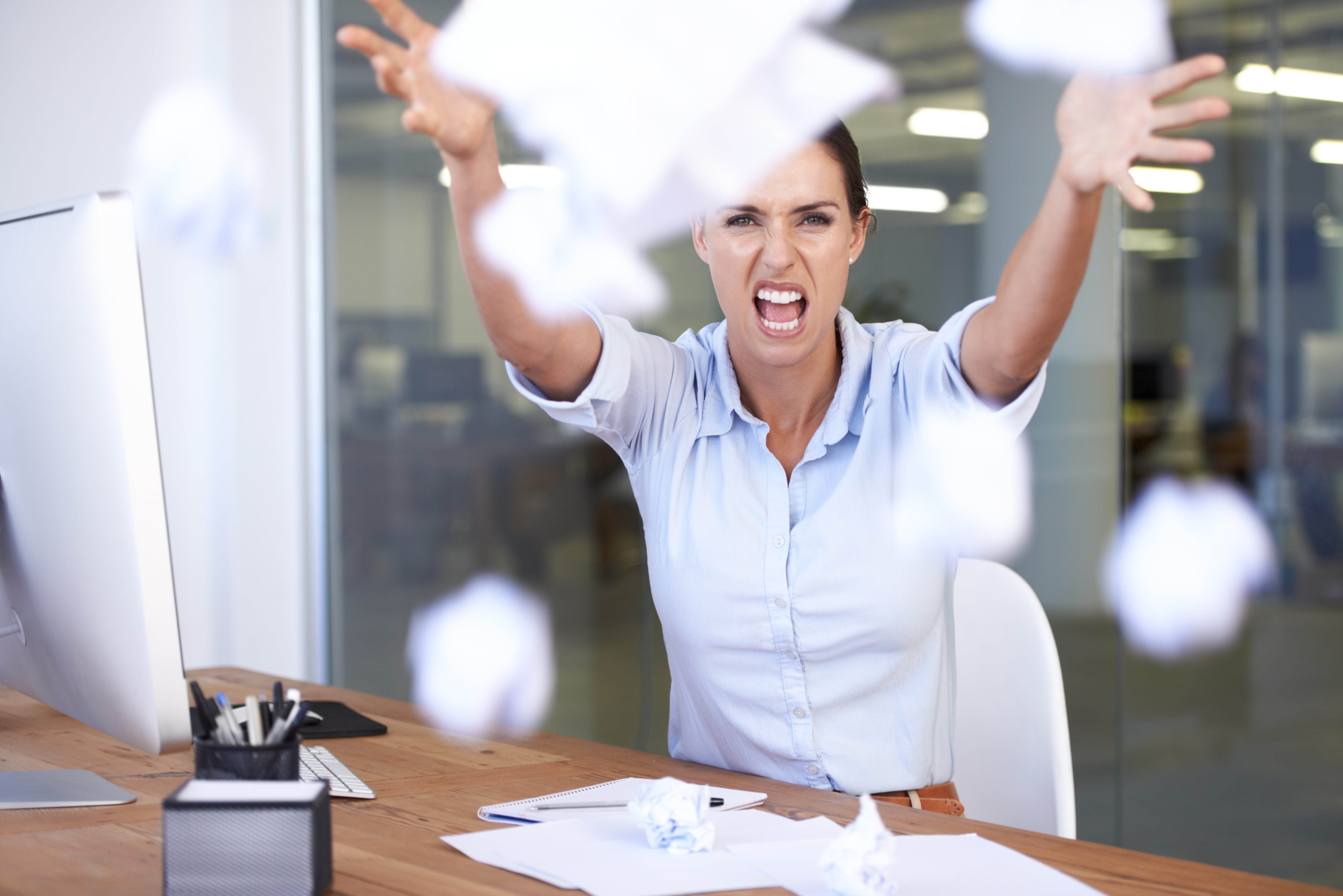 These aren’t quite as cheesy as a businesswoman in a cape, but they’re not too far off. When you’re picking a stock photo for your marketing content, you want it to be realistic. So, ask yourself, would the scenario pictured actually look like this if it were happening? If the answer is “yes,” you have a realistic photo.

It probably goes without saying, but it’s worth clarifying: You want a photo that is both realistic AND natural. That means:

So, one more time to be sure you’ve got it down… 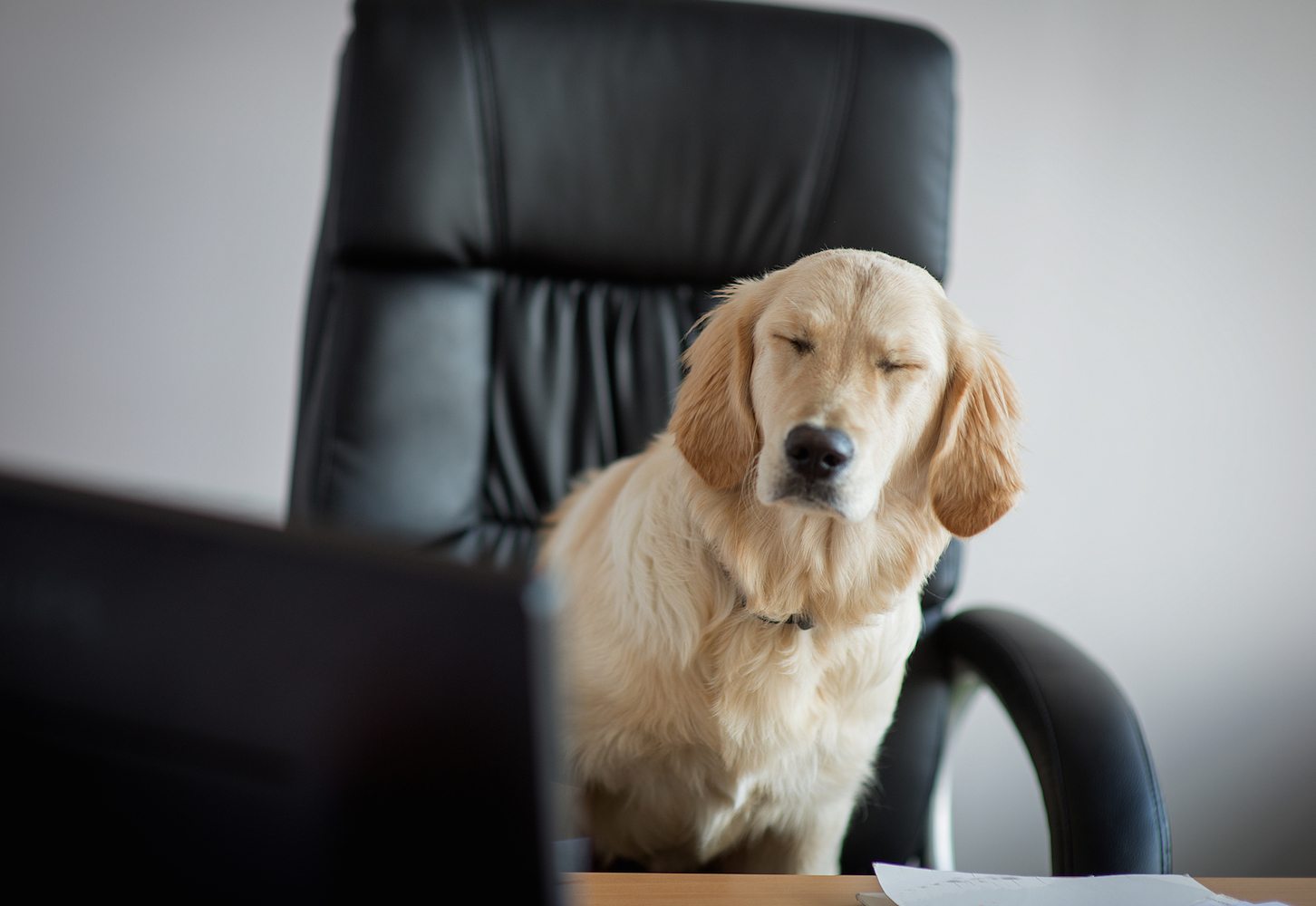 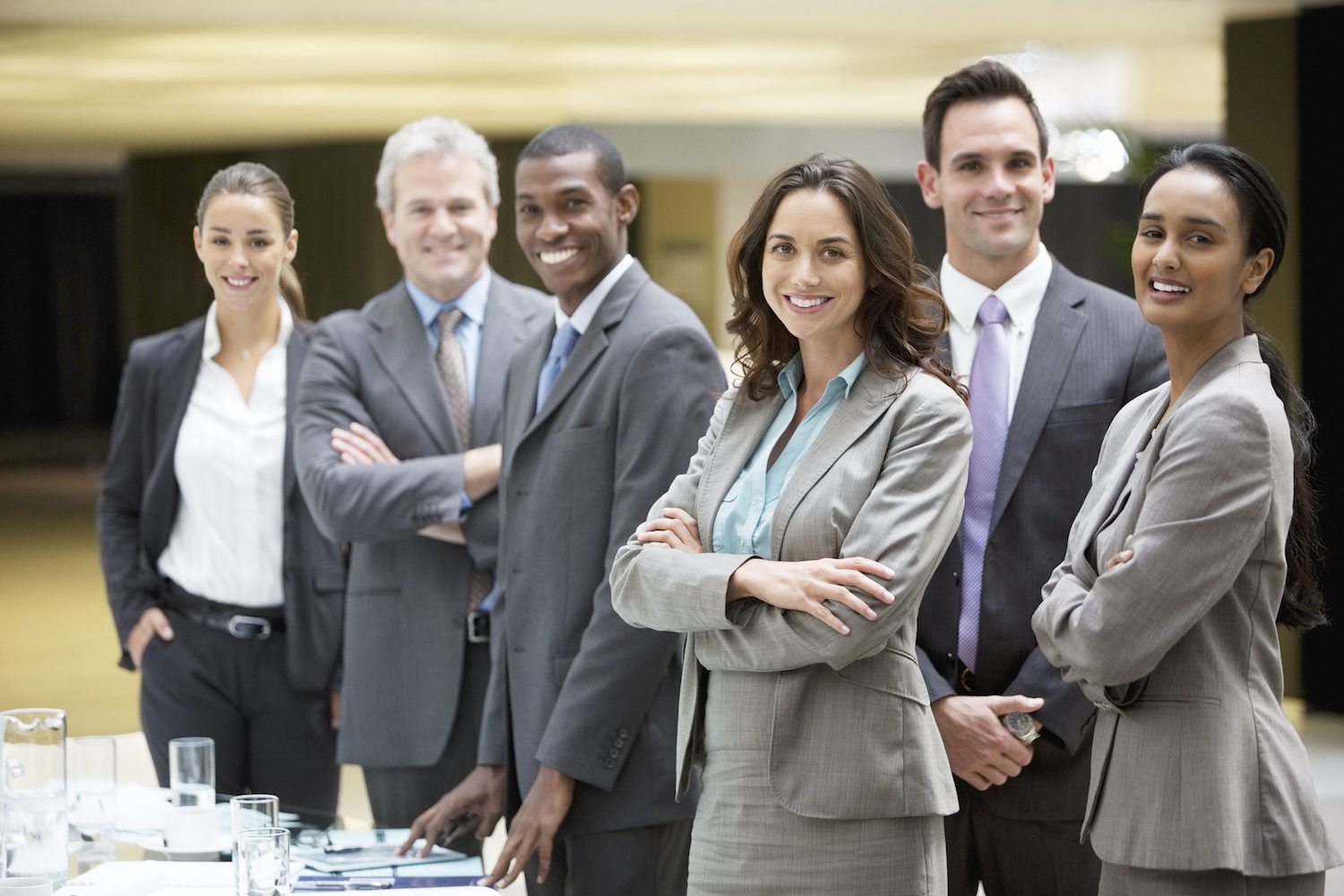 Realistic and natural (would happen, and people would look like this throughout) 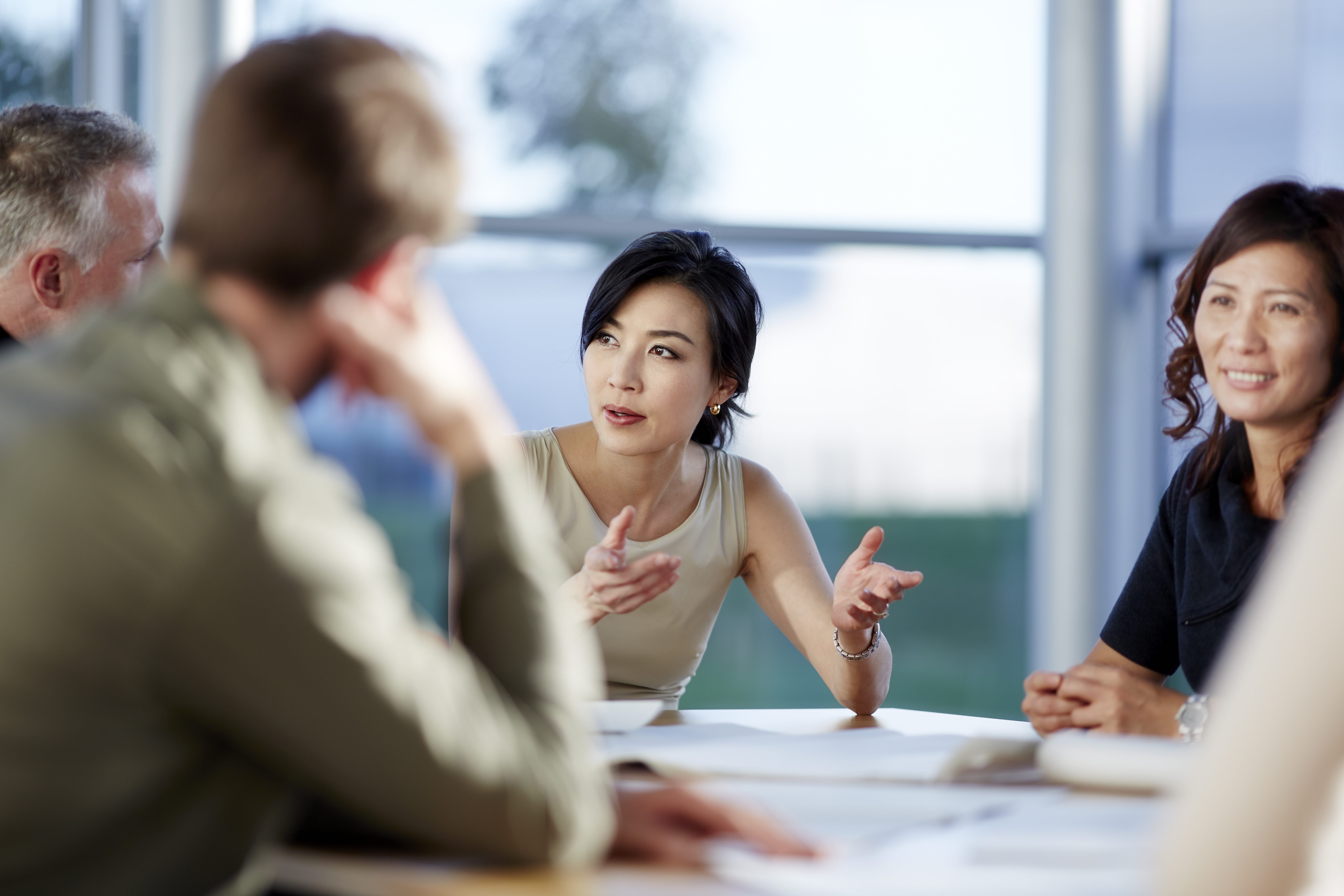 Another reason stock photos are so hated is because some people use them as placeholders. They put them at the top of their blog posts or on their post-click landing pages because they heard from so-and-so that visual marketing is powerful. So they figured any old image will do. Spoiler: it won’t.

For an image to resonate with your audience, it needs to have some relevance to the content it’s associated with. This image won’t cut it at the top of a post on social media marketing: 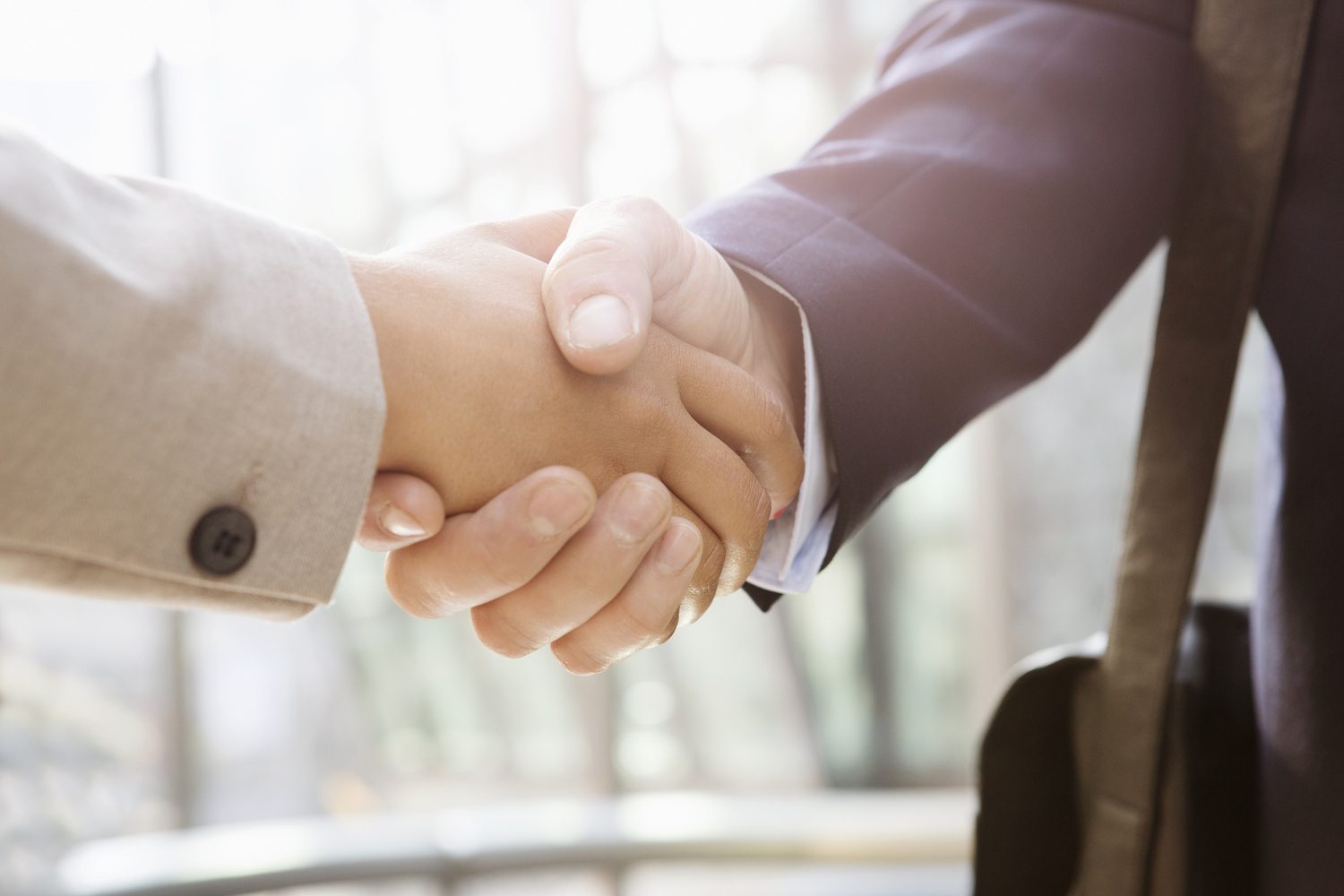 And a loose commonality, like this photo has to social media marketing, won’t cut it either: 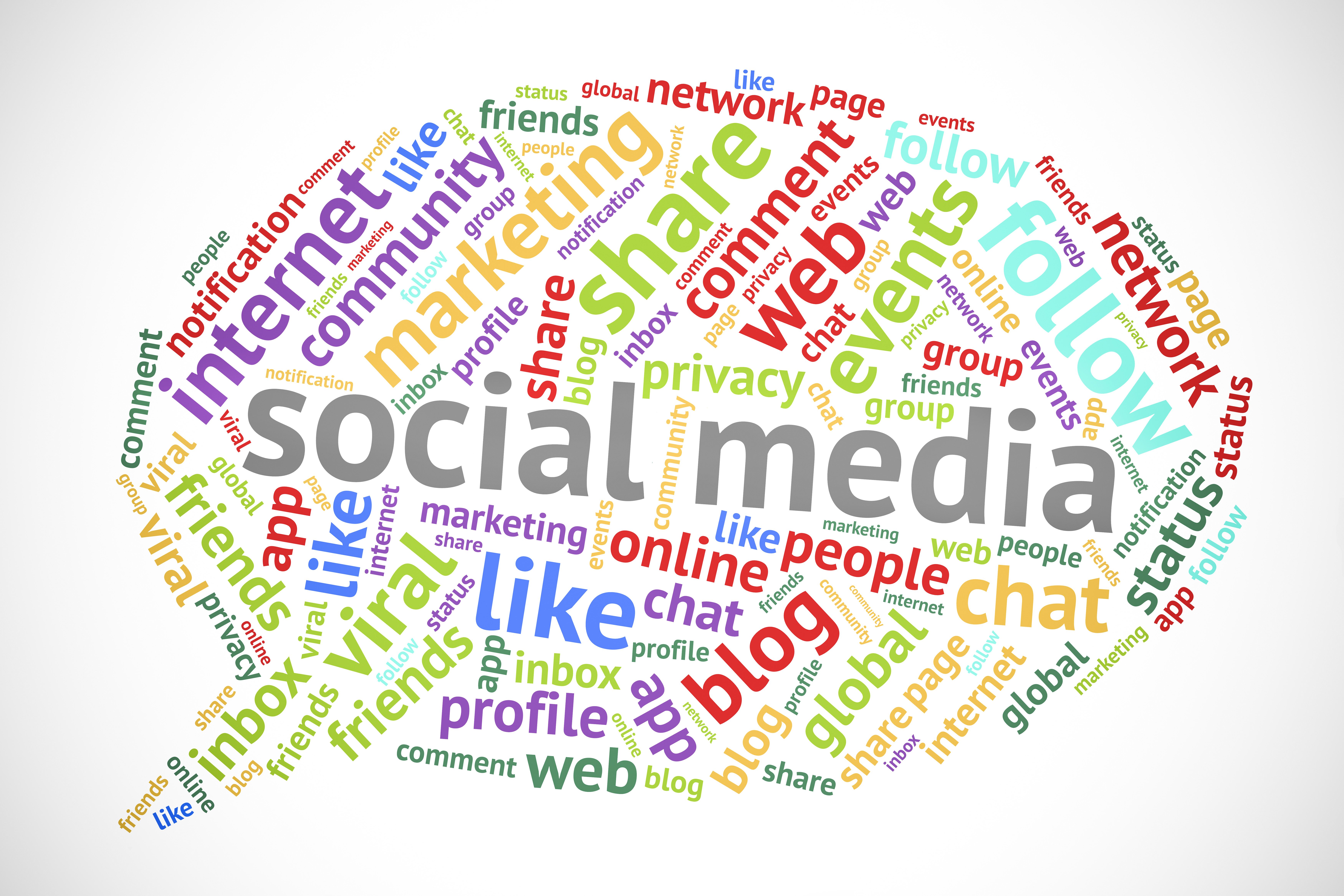 This image is relevant, but it’s not adding anything to the post. Actually, you could argue it’s more detracting from the post’s value. To the consumer, this looks like the blog manager searched “social media marketing” and downloaded the first result they saw. Instead, consider choosing something more specific to your audience. 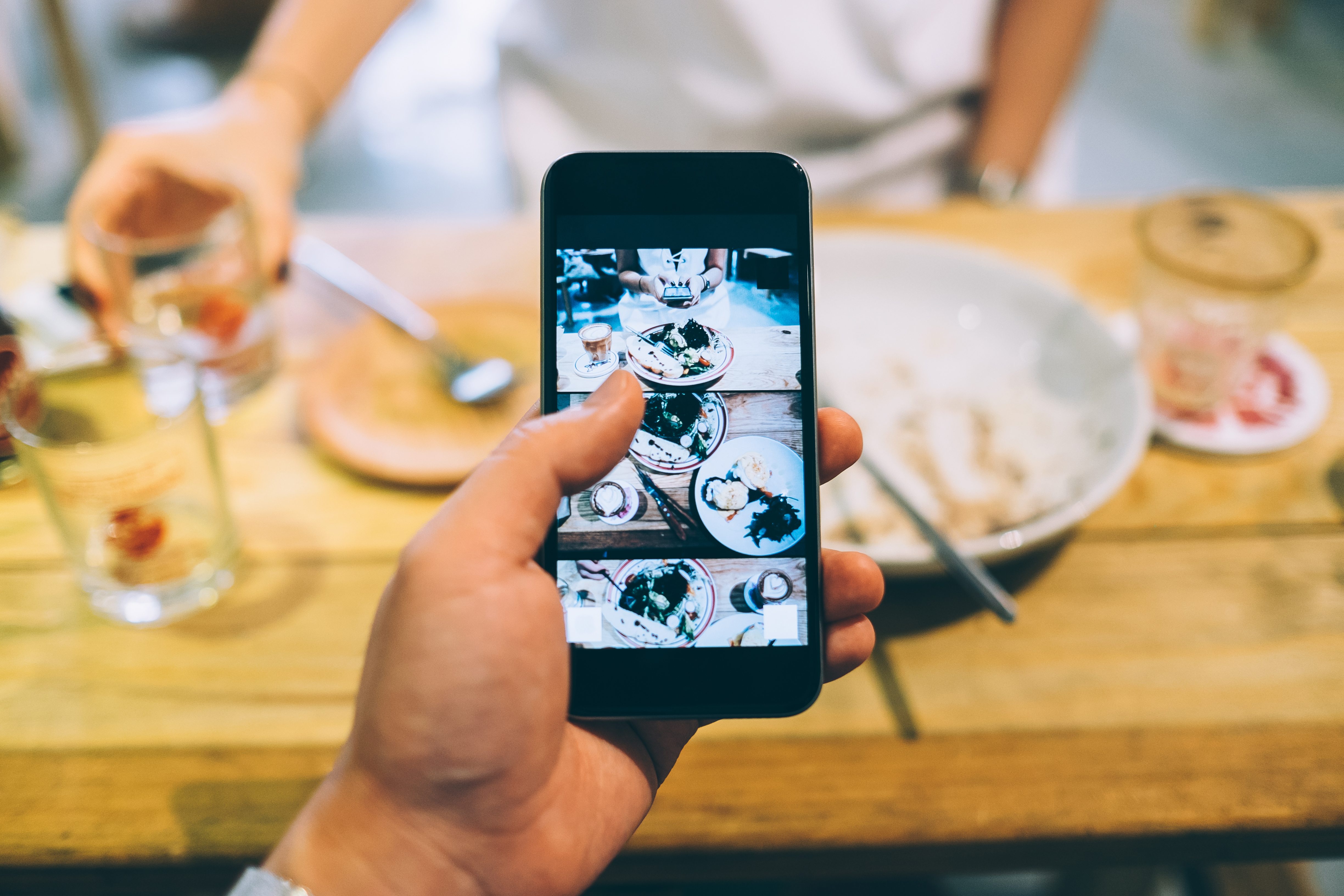 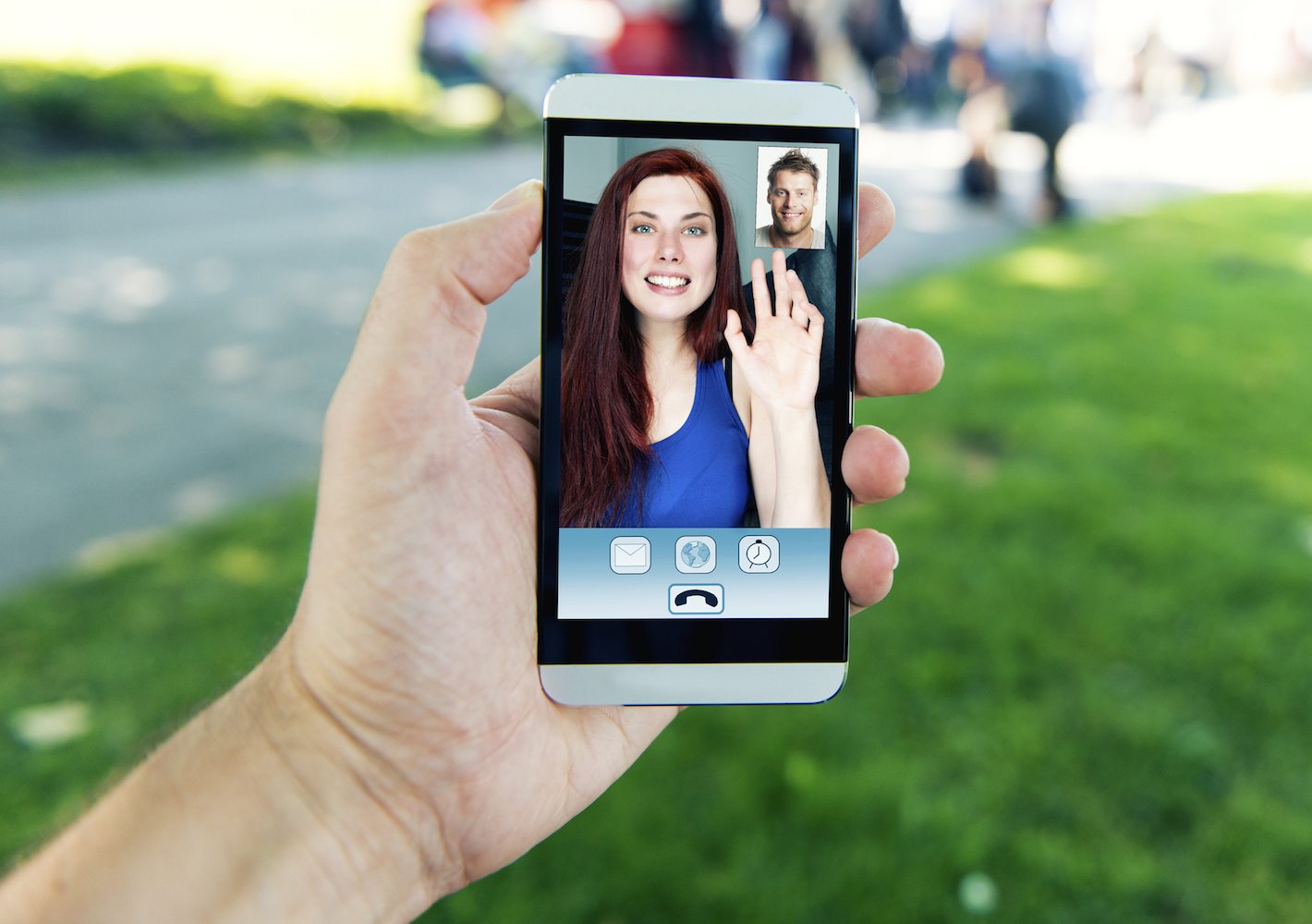 If it’s not relevant and specific to the content you’re using it for, it shouldn’t be there.

Choose an image for your audience, not yourself

It’s true, everyone loves a well-placed cat photo every now and again. But, photos like that only work for certain brands — ones you might describe as whimsical or comedic.

For most businesses, including us at Instapage, this adorable pirate cat would never make it into a piece of marketing content (other than this one, of course) no matter how much we’d want it to: 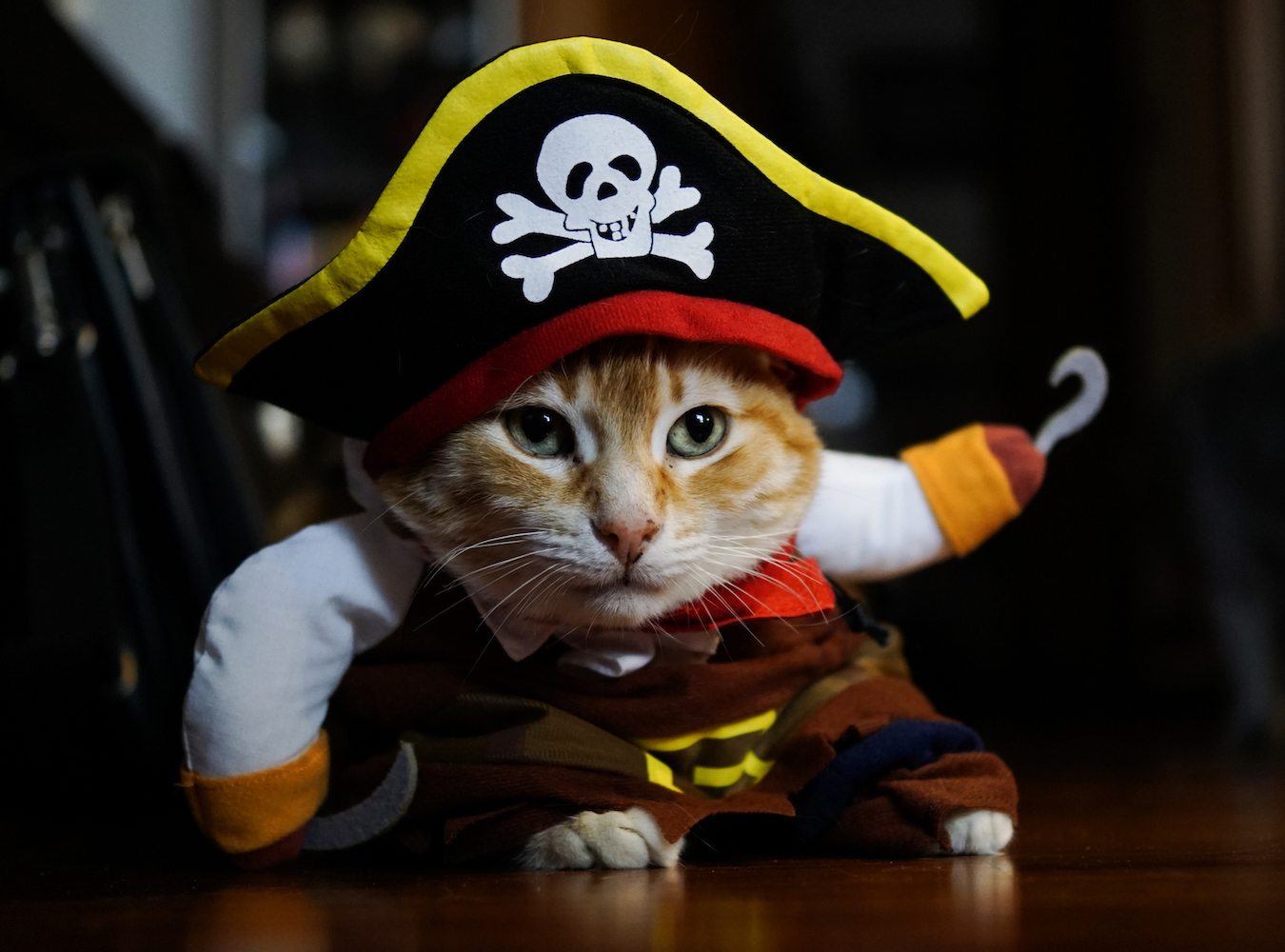 And that’s because our brand identity is not silly or whimsical. Our customers are made up of established companies that may appreciate a brief joke every now and again in the marketing content they consume, but are mostly looking for no-nonsense advice from experts in the field.

Now, your identity is not our identity, and your audience is probably not our audience. So, we can’t tell you not to use that photo of a pirate cat in your marketing content, because your audience might be particularly partial to it. But, we can tell you there’s a good chance it makes you appear to take yourself a little less seriously than you should. And if you don’t take your content seriously, why should your prospects?

Get the rest of the story with our stock photo guide

These three golden rules should help you get started using stock photos in your marketing content. However, you still have much to learn.

Find out why the people, and the objects, and the colors in your images matter to your prospects, and how to use them to generate more conversions with the new Instapage stock photo guide: How to Select the Best Stock Photos for Your Marketing Campaigns.

Show Me the Stock Photo Guide