We are judgmental folk; we judge a book by its cover, a student by his grades, a marketer by his followers, a Chinese restaurant by the number of Chinese people eating at it and a blog post by the number of times its tweeted and liked on Facebook (hint hint).

Social proof comes into play no matter who we are and what we do.

Irrespective of how nonchalant we try to appear we do care what other people think, we value their opinions when making purchases and decisions that have a great impact on our lives. No marketer in his right mind would promote something he knows everybody will go against, we seek other people’s approval, that’s just how our world goes round.

In the old days social proof was generally acquired through word of mouth, marketers had whole teams of people saying good things about the products they promoted, this in the end created a positive buzz around the aforementioned products that gave a boost to sales. We new age marketers don’t need huge teams of people to create positive buzz for the products that we’re promoting or the landing pages that we create because we have by our side the power of social media giants such as Facebook, Twitter, Pinterest, etc.

Want to get people to market your landing pages on your behalf? Then you better get cracking at your social landing pages.

How to create social landing pages

Make it easy to share, and lots of people will do so 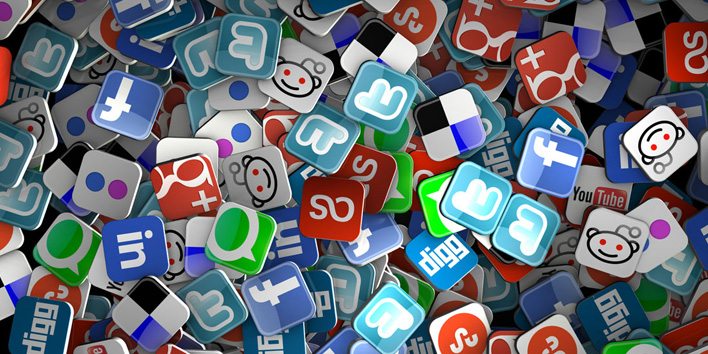 Adding social media widgets to your landing pages is the easier and the most obvious thing to do, but what’s important is not the number of social media widgets that you’ve added on your page but the quality of the widgets i.e. the customer base that those independent widgets represent. So, it’s about quality and not about quantity.

A Quick Sprout study revealed that it didn’t matter how many social media buttons were added, fewer than 9% of people clicked more than once on more than one button. A vast difference was found between how many people clicked on the social media buttons when there were three as opposed to five buttons present. Though visitors got more choice with five buttons, it was the version with three buttons that saw an 11% increase in click-through rates.

So, just the button being there doesn’t guarantee it being clicked.

Testimonials don’t just serve as ego boosters for you, but also add to your social proof because they enhance the trust factor in your visitors’ minds.

Give a name and a face to your testimonials. Ask your clients to submit a photo of themselves, because visitors only trust testimonials that they know are coming from the right source.

It also helps a great deal if the testimonial is from someone who is regarded as an authority figure in your particular domain, because these testimonials will be recognizable instantly by your target audience, helping them trust and relate with them more quickly.

Another thing that helps in getting a good number of social media clicks is including a tally next to the social media widget, a numerical that tells everybody new clicking on your page just how many people have admired your page and the product and service that it’s promoting.

However, including a social media tally can go both ways, because if you have lots of shares and likes then that’s fantastic, however if your page has only a solitary like or tweet you need to think if it’s really worth sharing that number with your potential visitors.

A Visual Website Optimizer study reveals that by removing the social media share buttons conversions went up by 11.9%: 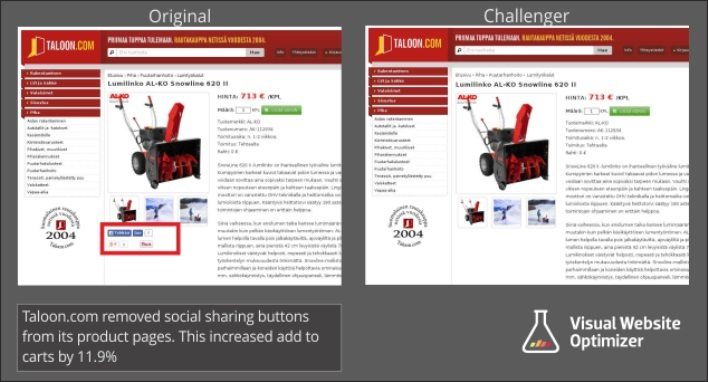 So, when the tally is not in your favor it can actually damper your landing page conversions and of course negate the whole purpose of the social landing page.

Creating social landing pages is not a tough thing to do, you just need to know how to mold your page to get the best out of it.

Social media is not just about connecting with long lost friends, but it is about creating better business relationships. Here’s a snippet from an infographic by The Search Engine Journal that depicts the growth of social media in 2014: 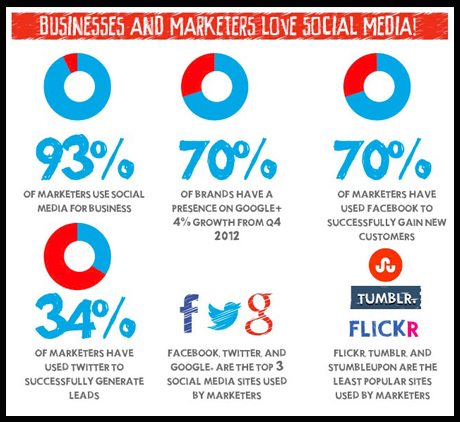 And here’s another depiction on the time spent on social media networks per hour: 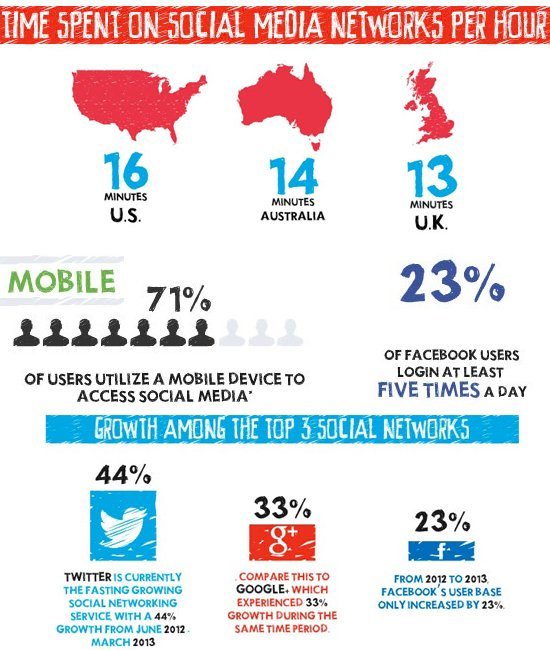