The advertising market has had to work hard to keep up with the rapid changes in mobile technology. To stay one step ahead of users’ distaste for advertising itself, a slew of new advertising opportunities has appeared.

A favorite among these is incentivized advertising, particularly in mobile entertainment apps. Chief among incentivized ads is the rewarded video ad.

In this article, you’ll learn what a rewarded video ad is; the pros and cons of using this type of ad for users, developers, and advertisers; the average ad specs; and some top platforms providing rewarded video ad options.

What are rewarded video ads?

A rewarded video ad is a video that a user can choose to watch in exchange for some incentive — an extra life in a game, an extended free trial, a puzzle hint, or virtual currency, for example.

If a user clicks on the ad, you can direct them to a URL that you set like your website or a custom post-click landing page.

With the implications of rewarded video ads, they’re most commonly used in games or entertainment apps. However, they have other uses and placements, and not all are exclusive to mobile devices.

Below are three examples of this type of ad and the incentives that watching the video provides to the viewer. 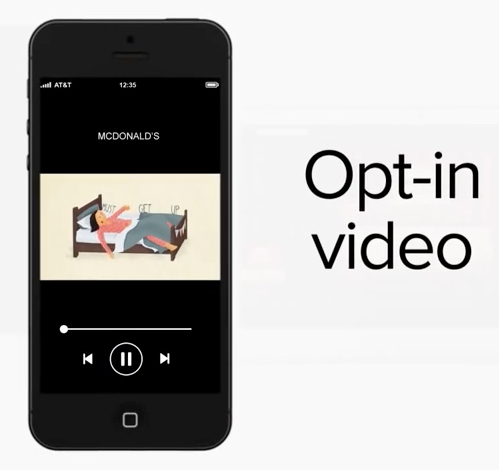 For regular Spotify users, an option is presented (via an audio ad) to watch one video ad and receive thirty minutes of uninterrupted music. This presents the benefits of a Spotify premium subscription (no ads), but without a monetary exchange. This can be done as many times as the user wants. 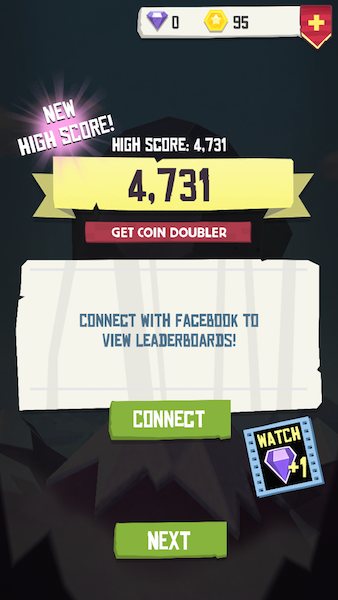 Since players can use the diamonds to buy additional game features, there is a big incentive for players to watch the ad. Once the option is selected, it is impossible to cut the video short without also losing the reward. This option is presented to the player every few hours, so the reward does not become too readily available. 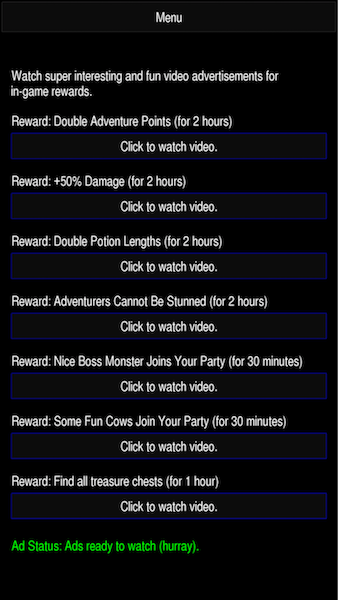 This mobile game offers several variations of in-app bonuses to maximize click potential. With seven different options, the user is more likely to be motivated by at least one of the rewards (and therefore far more likely to watch the video ad).

Having a variety of reward options also allows for multiple ads to be available. This feature could potentially be used to provide users with more targeted ads if the reward choices were found to be indicative of particular interest areas. 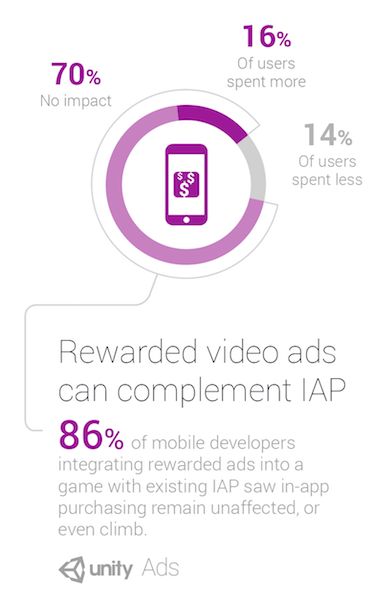 These are remarkable statistics considering the vast scope and numerous variations of advertising available. The stats alone convey the preference that, it seems, users and providers hold for rewarded video apps over other advertising options.

Rewarded video ads can be beneficial to users, developers, and advertisers alike. Here are some of the ways they help the three parties involved:

The biggest disadvantages of this type of ad affect the advertiser and developer. These are:

Specs for rewarded video ads differ by ad platform. However, below are a few of the recurring guidelines:

Rewarded video ads have been around less than a decade, but are already making their way as one of the most popular forms of mobile advertising. As more and more brands find their way into the arena, those who tend to provide the best advertising services quickly rise to the top.

Here are a few of the top ad networks that feature rewarded video ads:

AdColony was the first company to offer rewarded video ads and is still a major player in the field.

Vungle is a San Francisco-based company responsible for nearly a quarter of the market shares for the top 200 iOS and Android apps.

Unity Ads has become a major mobile ad platform since their acquisition of Applifier by Unity.

Receptiv is a New York-based company with a global reach of over 150 million. 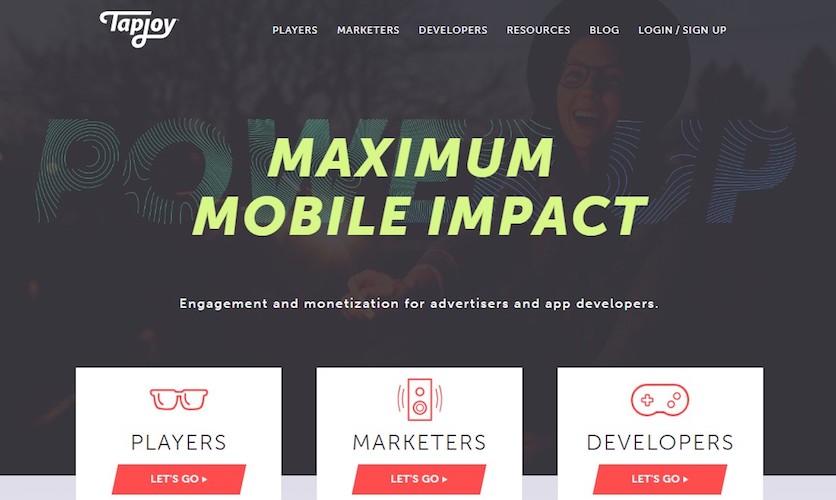 Tapjoy is a San Francisco based ad platform with a global reach of 520 million.

ironSource is a Tel-Aviv-based with a global reach of 800 million.

Fyber is a Berlin-based company with a global reach of over 500 million.

AdMob is owned by Google. The platform has a global reach of over 1 billion.

Facebook’s Audience Network also has a global reach of over 1 billion. 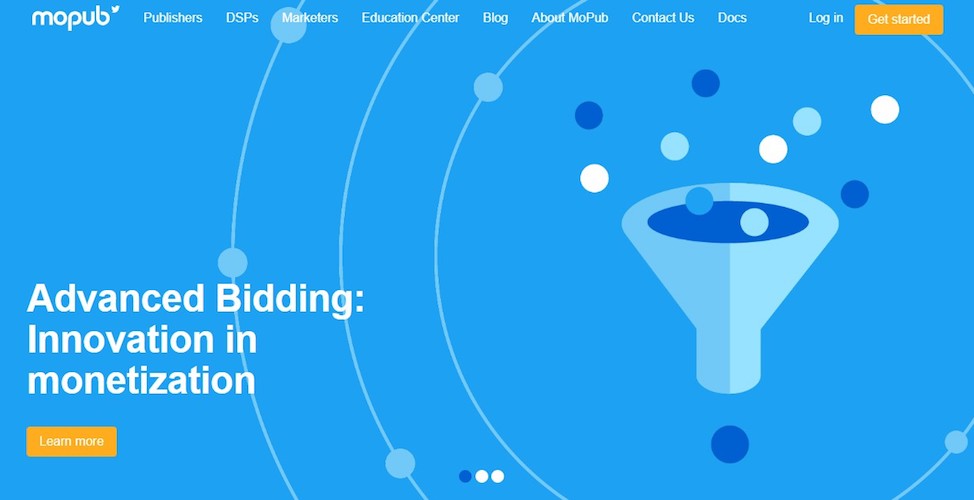 MoPub is another San Francisco-based company. The platform was acquired by Twitter in 2013 for $350 million and has a global reach of over 1 billion.

Rewarded video ads are incentivized, opt-in advertisements most easily and often used in mobile games. They are highly beneficial to users, developers, and advertisers alike, which is likely why they’ve burst to popularity in the last several years.

This is just one of many ad types available to digital marketers. Hundreds of other advertising options exist and selecting the right ad platforms for your business can be a challenge. On top of that, keeping tracking of the different requirements required by each platform can be overwhelming.

To simplify the process, check out the “Reference Guide for All Digital Advertising Formats.” In the guide, you’ll find examples, ad specs for all ad units available from major platforms, and targeting capabilities.