Photo ads are slowly going extinct on the world’s premier image-based social network. Out of every 10 Instagram ad impressions served in the first quarter of 2016, only 4 featured images. The other 6?

Earlier this year, a report from Brand Networks revealed that from Q4 2015 to Q1 2016, the number of video ad impressions on the network doubled. An even more recent report shows that out of all ads currently running on Instagram, 1 in 4 are video: 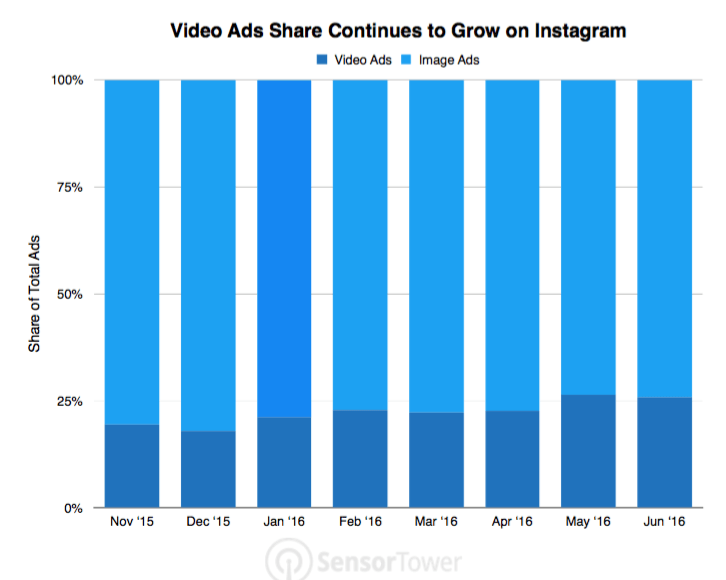 Evidently, today’s social media advertisers are all-in on the new videocentric Instagram. A survey from Mixpo found that they plan to produce more promotional video content in the coming year:

Additional research from Animoto claims that 71% of advertisers intend to spend more on social video ads, with 27% of them specifically targeting Instagram.

But why is that? And should you be, too?

Between Q4 2015 and Q1 2016, the number of video advertisements on Instagram doubled.

Instagram started offering video ads a few years ago, but it wasn’t until recently that the network hinted that it was becoming more video-focused.

In a blog post earlier this year, Instagram revealed it would be relaxing its video time limit from 30 seconds to a full minute:

“We want to bring you fun, flexible and creative ways to create and watch video on Instagram. As part of our continued commitment, you’ll soon have the flexibility to tell your story in up to 60 seconds of video. This is one step of many you’ll see this year.”

This came just after the social network added a video view count feature for both advertiser and user-generated content — some say, in an attempt to entice marketers to shift more of their budgets from TV to Instagram: 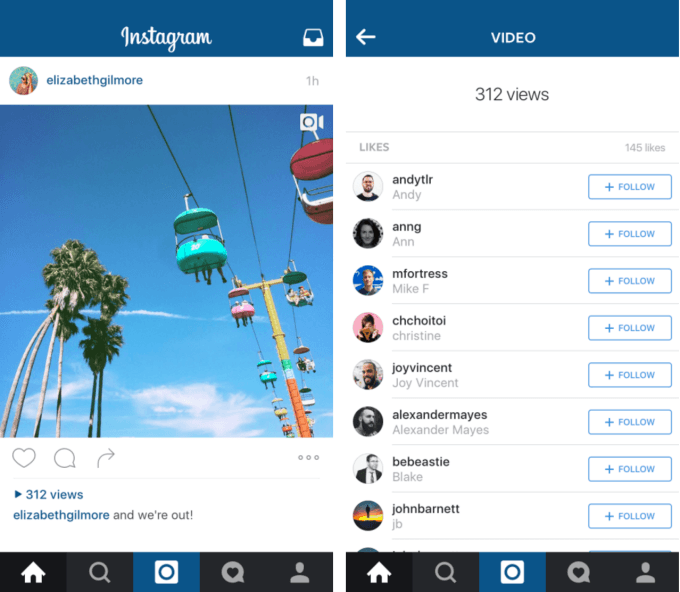 Overall the move should come as no surprise. In June, Instagram co-founder Kevin Systrom shared that video views on the platform rose by 150% over the previous 6 months. During that same time, something else rose, too – the average length of branded video ads, by more than 60%.

Clearly, advertisers are starting to take advantage of their appeal.

It doesn’t matter who you’re marketing to. Whoever they are, wherever they live, whatever job they have — research shows they love video content. It’s both more engaging and easier to process mentally.

Even so, you’d probably be surprised to find that in 2015, US adults spent more time watching video than they did working – 38.5 hours weekly to 34.4 on average:

Today, we’re watching more video, and we’re spending less time staring at our TV sets. Online, video hogs more than an hour of our day, and 50% of all internet traffic. By 2019, that number is projected to grow to 80%.

You get the point — people love watching videos; and data shows sometimes, even video ads. Of all digital advertising formats, video ads boast the highest average click-through rate, at 1.84%.

What people don’t love, though, is being forced to watch those videos. Take a look at the graphic below, which charts people’s feelings about different types of ads: 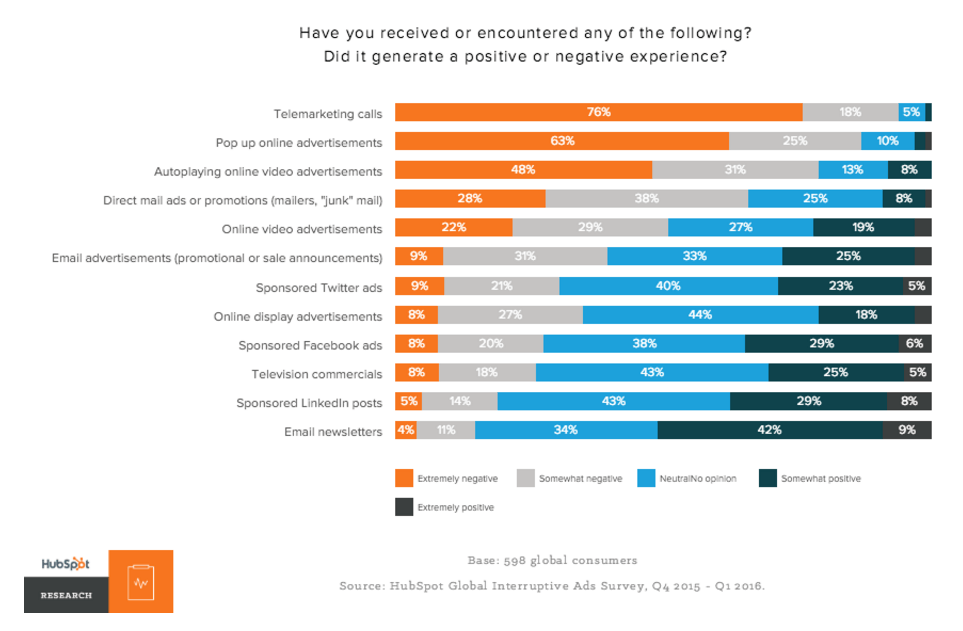 That’s the reason Twitter ads, Facebook ads, and sponsored LinkedIn posts all get ranked less negatively than most other types. They’re native to each platform, meaning they integrate seamlessly with organic content.

As a result, the experience is far less intrusive than with typical instream video advertisements — which is a big deal for mobile device owners. Recent figures show that 1 in 5 smartphone users have an ad blocker installed.

In theory, running an Instagram video ad for your brand sounds like a good idea. Targeting through Facebook is powerful (Instagram now allows for dynamic advertising), video views on the network are up, and users now top 500,000,000.

But what about in practice? Do Instagram video ads deliver high ROI?

To generate excitement leading up to the release of their G5 smartphone, LG created an Instagram video ad campaign that showcased its versatility while encouraging adults “play more” with the new device.

“Instagram enabled us to directly communicate our ‘Life is Good when you Play More’ message to a very responsive, visually engaged audience,” said SungYoung Park, Senior Manager at LG Mobile. “By balancing well-targeted content and ad execution, we have been able to enhance the LG G5 campaign’s overall reach and have achieved positive reactions from customers across the globe.”

Enhanced reach and positive reactions are an understatement. At the campaign’s close, LG had reached 30+ million people around the world and generated 1.7+ million engagements.

Awareness was what Porsche wanted, and they got it when they created an Instagram ad campaign centered around a series of short videos.

Over six weeks, the company took Instagram viewers on virtual trips in its Boxster Spyder with ten pieces of original creative. When it was over, it resulted in a 41 point lift in ad recall and 676,000 target audience members reached.

When mother-daughter duo Diane and Quynn Larsen wanted to boost online sales for their kids fashion brand, Sparkle In Pink, they relied on Instagram video ads to do it.

With some direct copy, a strong call-to-action, and ads that sent users to product post-click landing pages, they created a campaign that resulted in their best-ever conversion rate.

“The return on ad spend with Instagram video ads format has been incredible,” Quynn said. That return was a 9% growth in total monthly sales, a $1-3 cost per acquisition (6x cheaper than other social media channels).

Over 200,000 advertisers use two different types of Instagram video ads to accomplish a wide range of objectives:

And here’s what they can do:

For those with an Instagram handle and a Facebook advertising account, creating your first video ad is easy. Getting noticed, on the other hand, is a different story.

To make sure your video accomplishes its objective, the social network offers some tips in a blog post:

Keep in mind that all video on Instagram plays automatically without audio, which means advertisers can’t rely on sound to grab attention. Take a page from Dollar Shave Club’s book, and pick an intriguing thumbnail and opener to stop scrollers in their tracks:

Include motion in the first few seconds of your video. The social network has found that without motion in the opening frames, some users will mistake your video for an image and continue scrolling. The thumbnail of Banana Republic’s Instagram video ad isn’t all that interesting, but that changes quickly when a hyperlapsed drawing session starts: 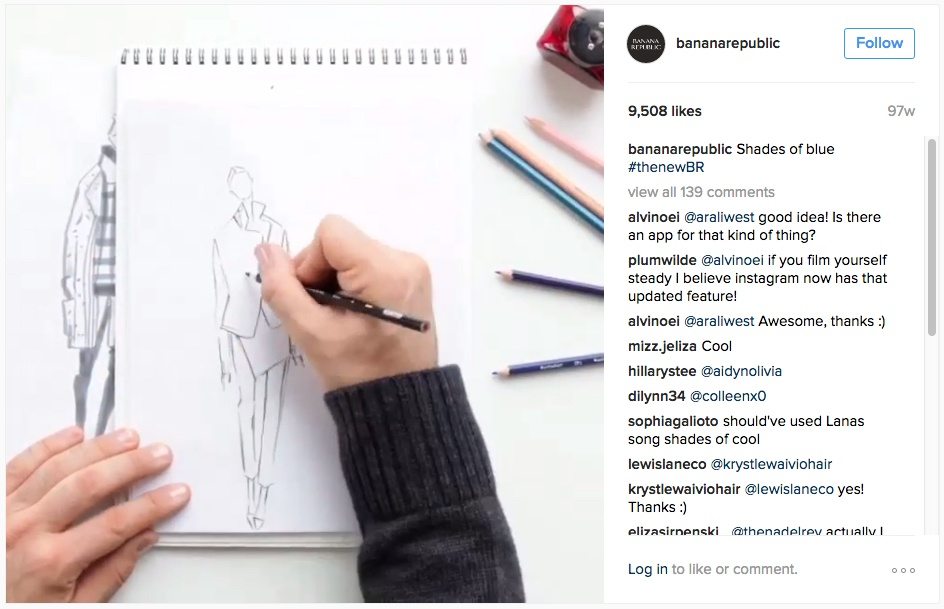 Figure out what you want to communicate with your ad in 15, 30, or 60 seconds, then spin it into a short story, like Lowe’s did in this video that shows what happens when you don’t clean your air filter: 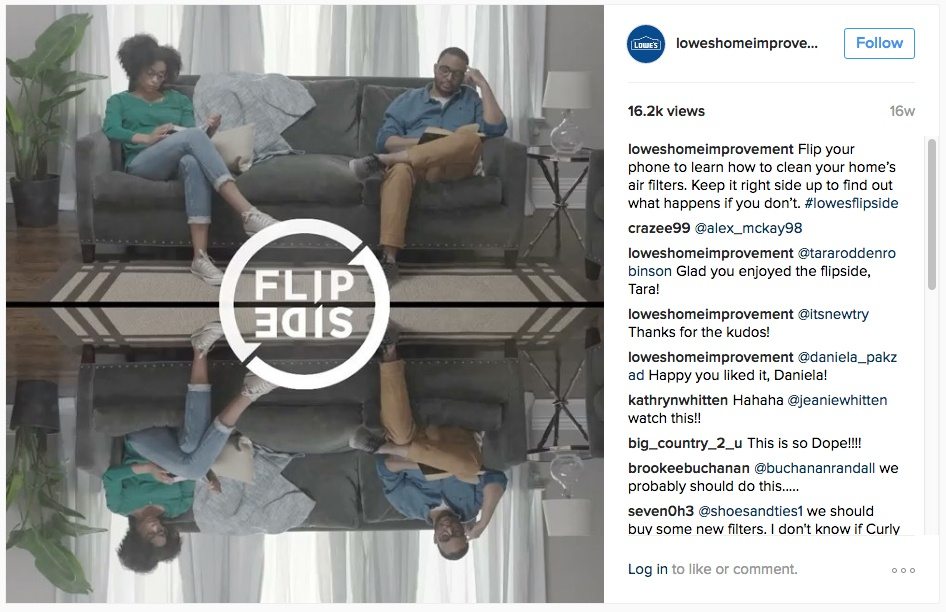 Consider your filming angles. The network cautions: “When a camera is low, it can make the subject feel intimidating. Viewers may feel more in control with an elevated camera position,” as seen in this video ad from Weight Watchers: 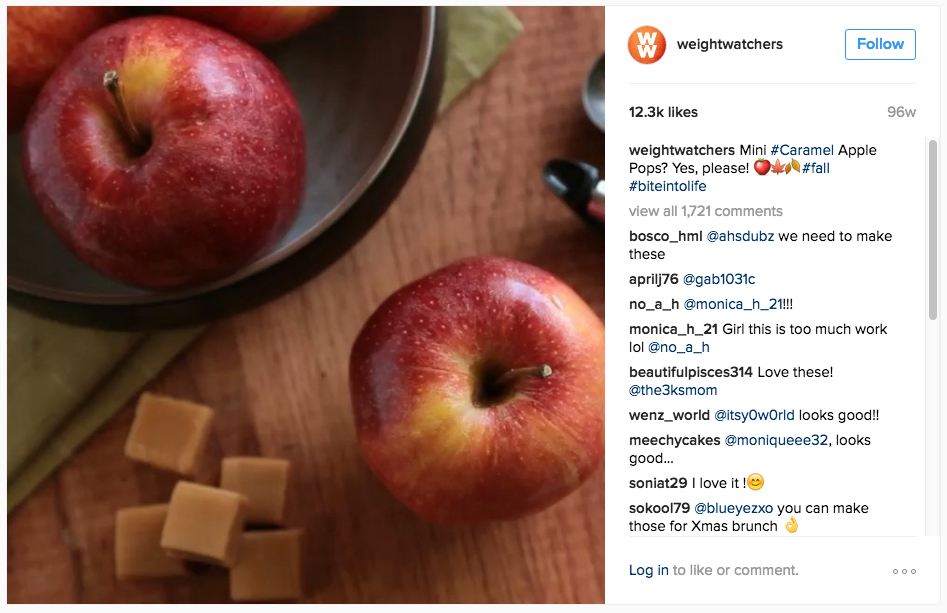 Have you run an Instagram video ad campaign? Are you thinking about it? What’s holding you back?

Before you run an Instagram video ad, you must know the ad specs involved to make your best impression. Fortunately, there is a free guide for that and you can download it for free, below.