By 2021, it’s expected the ecommerce industry will produce nearly 5 trillion in sales. Among the channels used to make those sales, Facebook has been called “a must to invest in.” Evidence seems to back that up.

Last year, over 7 million advertisers spent $55 billion on Facebook to reach over 2 billion of the network’s monthly users. Needless to say, ecommerce and Facebook are a power couple. Here are some tips for using the combination to your advantage, with critique of real ads.

When it comes to setting up a Facebook campaign for ecommerce, the confusion can start at the very beginning. Most people look at the goals offered on Facebook and immediately think conversions are the way to go.

While sales are the ultimate goal, few will buy your product the first time they see it. High-value conversions mostly happen after a user has interacted with your brand over multiple touchpoints.

If they don’t know who you are, they’re not likely to buy from you — no matter your product or service, or its success outside of Facebook. That’s the problem brand awareness campaigns solve.

By starting with a campaign like this one, you’re casting a wide net on Facebook. You’re getting your brand and product in front of as many users as possible. Valentina says:

The first campaign is focused on growing the page to increase the number of targeted fans. By “targeted,” I mean people who are really interested in investing in a related product or service.

In this campaign, the best idea is to start with a lighter, low-commitment offer. You’re not aiming, yet, for a sale or even a consultation. This is merely going to be used to inform the audience of how you can help them.

Brandon suggests using something engaging, like a video, to get Facebook users to stop scrolling and start paying attention. And, whether or not they see the whole video, you’ve set yourself up for step two of the strategy, affordably:

It’s not uncommon to have somebody watch 50% of your video and only pay about $0.05 for that video view. That’s nice, but it’s hardly a sale. Fortunately, now that they have learned about your company and engaged with your brand, you can put them into a Facebook audience and retarget them. At this point, you’ve paid $0.05 for this person to engage with your brand for the first time.

Now that they know who you are and what you offer, the next step is getting them to do more than watch, listen, or view.

Imagine seeing two different Facebook ads for the same product: One has 500 likes, 50 comments, and 20 shares. There’s no interaction on the other.

Which are you more likely to engage with?

If you’re like most people, the one with likes, comments, and shares. This is known as social proof.

Offline, social proof could look like a line outside a restaurant, which would indicate its popularity. Online, social media is unique in this regard: Nowhere else can you see viewers’ reactions to ads. Not on search, Google display, YouTube, or in email.

The more positive engagement on your ad, the more likely viewers are to stop and interact with it. That’s why, after brand awareness campaigns, Valentina moves on to engagement campaigns. She says:

In the second phase, Engagement, my goal is to establish a relationship with the fans of the page. The goal is to receive likes, comments, shares, and maybe questions about how to buy the product or the service. In an engagement campaign, I usually use a video that immediately highlights the benefits, the advantages and/or the main strengths of a product or a service.

Here’s an example of one of her engagement ads: 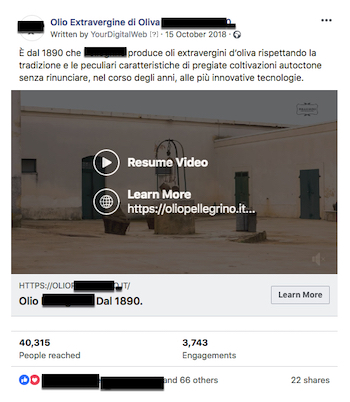 The goal of this campaign was to reach 20,000 people and generate 50 interactions (likes, comments, shares). It ran for five days, spending 50 Euros (about $57) total, and it exceeded expectations, reaching 40,315 users, and garnering 69 likes, 22 shares, and messages that requested information about how to buy the oil.

Brandon recommends the same tactic, emphasizing the low cost of achieving high ROI at this stage. Campaigns like this, he says, can often cost around $0.30 per engagement. Combined with the low cost of a video view, this gives you two touchpoints at $.035.

These numbers will vary based on your audience, ad creative, product, placements, etc. While ads on the sidebar, for example, will cost less to run, they’re also likely to produce less impressive results: That includes clicks, and likes, shares, and comments, which you can’t get on a sidebar ad. Remember this as you work.

With your two touchpoints, it’s time to solicit some higher commitment engagement. For Valentina, that means a conversions campaign, with which she’s had success in the past.

Brandon, though, takes a different approach:

We can now take this second audience of people who have engaged with our ad and put them into a traffic campaign that we can optimize for landing page views. At this point, our goal isn’t just to increase brand awareness—we also want them to visit a page on our site. You can often get clicks like these for about $0.50.

Including this campaign, we’ve now had 3 touchpoints with our customer, engaged with them in 3 different ways and we’ve spent $0.85 in total on that 1 individual. In contrast, if we had simply created a one-touch, conversion-focused campaign, the clicks would have cost $1.00 or more…for one interaction.’

With this strategy, you can generate 3x the interaction and pay less for it. Brandon offers proof from a campaign:

Keep in mind, even three steps to a conversion is a quick trip down the funnel. While it’s possible, it’s no guarantee. Depending on the value of the product you’re selling, what it is, the time of year, etc., a sale could take weeks or months to earn, and many more of the touchpoints above.

In her blog post, Valentina emphasizes the most crucial aspect to earning the sale: trust. Does your audience trust you? Your product?

If you’re creating Facebook ecommerce ads for an established brand, the process might look different. It may be faster. Here’s why:

The biggest draw to using Facebook is its targeting. Everyone knows the specificity with which you can reach new audiences on the network.

Among that powerful targeting, however, its most useful is the ability to create audiences from your own lists, traffic, leads, customers. These custom audiences can drastically cut down the time it takes to convert a video view, an impression, a click, to a sale.

If you’re an established brand with many customers or page visits, you can target these audiences based on their previous history. For example, you wouldn’t need to boost brand awareness to people who had already bought your product. They know who you are. They’ve purchased from you. For audiences like those, it may be more cost effective to go directly for the conversion.

Disclaimer: It’s also important to remember that, while it’s a powerful tool, you shouldn’t put all your eggs in Facebook’s basket. Data shows that ecommerce customers are more likely to progress through the customer journey on multiple channels (and spend more too), making a multi- or omnichannel strategy highly important to strive for. Facebook is just one of many platforms you should have a presence on.

You have a strategy, but what about the ads themselves? How should Facebook ads for ecommerce look? Find out through some critiques of what went right and what could be improved in the following ecommerce ads for Facebook: 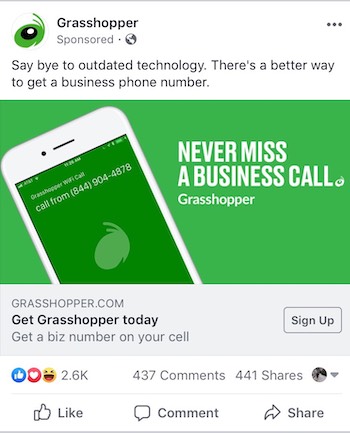 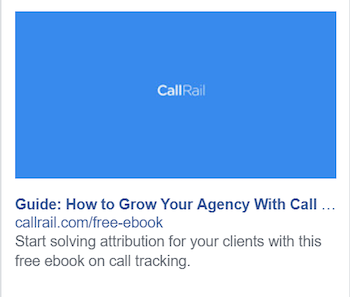 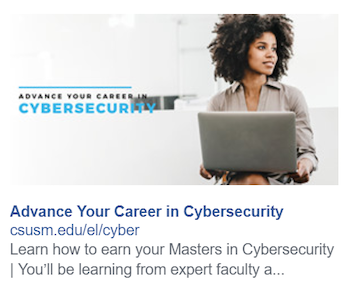 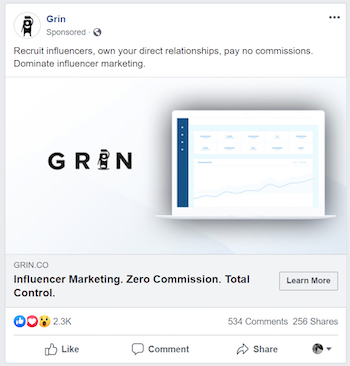 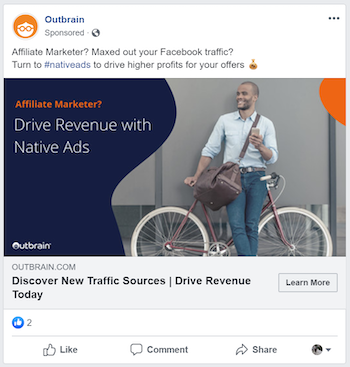 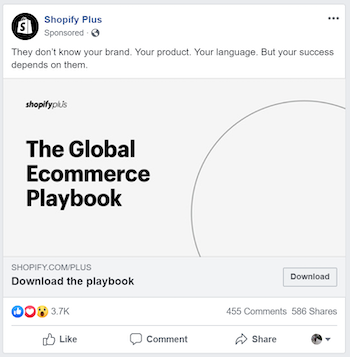 For ecommerce businesses, there are few platforms more valuable than Facebook. With a funnel that takes you from unknown to trusted in the minds of visitors, and critiques that will help build an ad worth clicking, these tips should have your ecommerce business ready to go on Facebook.

Instapage is focused on post-click landing pages and optimizing ad spend, always has been and always will be. Get a customized demo today and experience the power of Instapage yourself.