When your Facebook campaign isn’t performing to standards, it’s easy to look at metrics like CPC, reach, and chalk it up to bad creative or targeting.

The truth is, though, your campaign could be suffering from a less obvious issue: A problem with Facebook ad frequency.

There are a lot of reasons a Facebook ad campaign can go wrong: insufficient budget, too small or too broad an audience, bad creative, etc. And when bottom-line goals aren’t being reached, these usual suspects often bare the blame.

But the autopsy of an ad campaign calls for a more comprehensive evaluation. Underneath the indicators, we consider likely culprits are ones like Facebook ad frequency, which can have a major effect on all those metrics you consider most important, like CPC, CPA, etc. Here’s how:

Most problems with frequency occur when an audience has seen an ad too many times. As both a creator and consumer of advertisements, it’s easy to understand why:

You’re scrolling through your Facebook feed and you see an ad for a course on Facebook advertising. You think, OK, thanks but no thanks. I’m here to see updates from friends.

Constant bombardment like this, from one particular ad, can lead to what’s called “Ad fatigue.” It means exactly what it sounds like: “I’ve been bombarded with this ad too often in too in too short a span of time.”

Native formats attempt to beat this phenomenon, but users keep evolving. Their ability to sniff out an ad, even without the help of a “sponsored” label, has been steadily improving.

So, if this is something that affects all advertisers, and all ads, how does Facebook ad frequency impact it?

There are ways to beat banner blindness, and none of them involve serving the same ad over and over again to the same audience. When your Facebook ad frequency is high, it’s possible you’re making your ads that much easier for people to ignore.

While you might not associate any problems with too low an ad frequency, there is such a thing. Here are a few issues you might encounter if you’re not showing your visitors your ad enough.

If you’re purposely limiting your Facebook ad frequency, and your ad isn’t being clicked, you may find yourself with an awareness problem. Simply, this means that users haven’t had a chance to see it.

When you’re running ads on Facebook, you’re doing so in an environment that is highly cluttered with trending topics in a sidebar, a module for stories, autoplay video, etc. There’s a lot to see. And when something catches a user’s attention, surrounding content suffers.

When awareness isn’t the problem, context can be. With a low frequency and high reach, it’s possible your audience was aware of your ad, yet the context for consuming it was wrong.

For example, let’s say you’re running an ad for an expensive digital marketing course. It’s delivered to your prospect in the morning as they’re scrolling through Facebook while eating breakfast.

Knowing a course is something that would take a lot of evaluation before purchase, your prospect “likes” the post with the intention of returning to it later. At the day’s end though, they forget, and because your ad frequency is low, they may or may not see it again.

So, these issues beg the question:

Like any question involving the “best” metric or measure or number to hit, the answer isn’t straightforward. Every business is different, as is every campaign.

Most of the time, I start to see a drop off in results when Facebook ad frequency reaches 2.0-2.5.

In a blog post for SEMrush, Kristopher Jones says:

We recently ran a Facebook ad campaign for a client and found that over a five-month period we had potentially reached the highest ad group frequency we had ever seen, 95.68. With a small niche audience between 400 and 1000 people, we had served the same ad to the same people about 95 times and were still driving conversions.

To find out whether your frequency is too high, it’s best to ask yourself a few questions:

Of course, it’s important to remember that obsessing over frequency is just as bad as obsessing over any other metric. Ultimately, if your campaign is still profitable and you’re achieving realistic goals, then your time optimizing is likely better spent elsewhere. If you’re having issues with Facebook ad frequency, here are a few potential solutions:

Consider that when targeting an audience of 100,000 people, for example, you won’t reach all 100,000 people. If optimizing for an action, Facebook may only show your ad to 10-25% of that audience.

If this looks like a situation you might be in, try adjusting your budget or audience so that your ad dollars are equally spread around.

How to run ads based on Facebook reach and ad frequency

If you believe Facebook ad frequency to be central to your campaign success, now, you can run your campaign based on the metric. It’s called the “Reach and Frequency Buying Type.”

With this buying option, you know that you’ll reach the audience you want while keeping ad fatigue to a minimum. Control how many times your audience sees your ad, which order they see them in, and the days and times they see them.

According to Facebook, here’s how to set up a campaign with the ad and frequency buying type. To start, navigate to your Ads Manager.

At your buying type at the campaign level, select “Reach and Frequency.” According to Facebook, this option is still being released to advertisers globally, so if you don’t see it, that may mean you don’t have access to it yet. 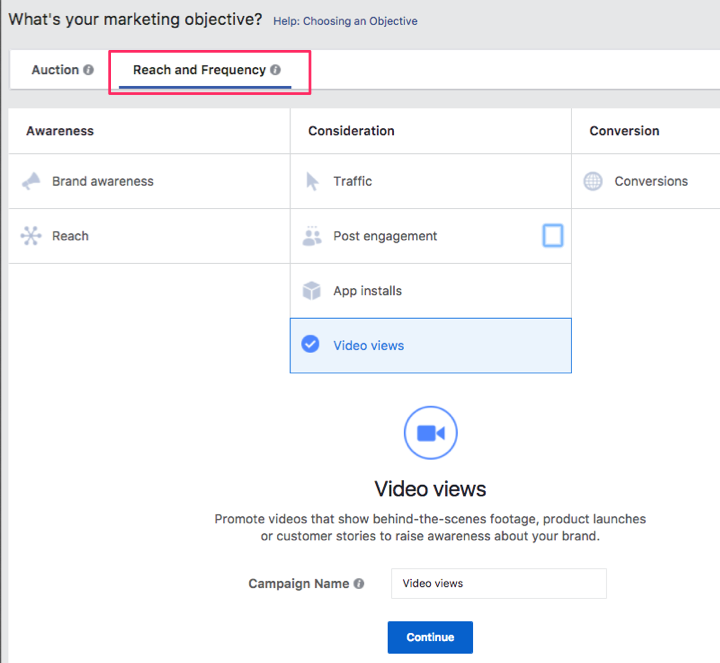 From the dropdown, pick your objective from awareness, consideration, or conversion. Which you choose will depend on the goals of your campaign.

Now set your lifetime budget. This is the maximum you’ll pay throughout the length of your campaign. At the Ad Set level is where you’ll be able to input this number: 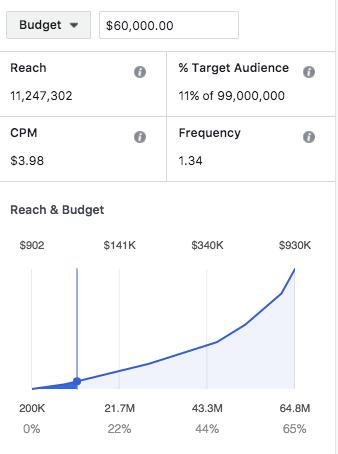 From here, you can adjust your budget to the number of people you want to reach by dragging and dropping the vertical line on the Reach & Budget graph.

Next, choose when you want your ads to run by setting your schedule. Set a period of time. You can also select what times of day you’d like people to see your ads. Then, define who you want your audience to be by picking “Edit Audience” at the ad set level. 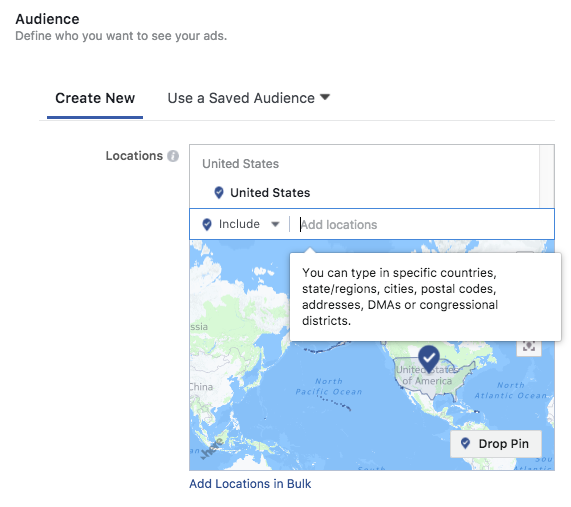 Next, choose your placements. Remember: More placements will spread your ad among more people. As long as your budget is high enough, you won’t suffer from low Facebook ad frequency. The opposite is also true: Fewer placements and higher budget means possible ad fatigue and banner blindness. Facebook recommends a maximum of three placements per campaign.

Next, you’ll choose the frequency at which you want your audience to see your ads. Select from Facebook’s options, or even specify your own using the “Custom” selection.

Next, all you have to do is design your ad and review it once you’ve finished. Then, click “Confirm” to book your reach and frequency campaign.

Secondly, obsessing over frequency isn’t the answer. Consider other options before you focus primarily on this metric. There are many other issues your campaign could be suffering from. And if you haven’t determined which is the most pressing to address, you’re probably not ready to use the frequency and reach buying type.

Looking for other potential ways to improve your campaign? Sign up for an Instapage Enterprise demo today.