Since it acquired YouTube 14 years ago, Google has kept quiet about how much the video platform brings in. Last week, though, that silence was broken.

The stunning 2019 revenue total was released in Google’s 4th quarter earnings report, and it dwarfed major TV networks like CBS, NBC, Fox, and ABC. So, why is Google breaking its silence? And what does it mean for marketers? 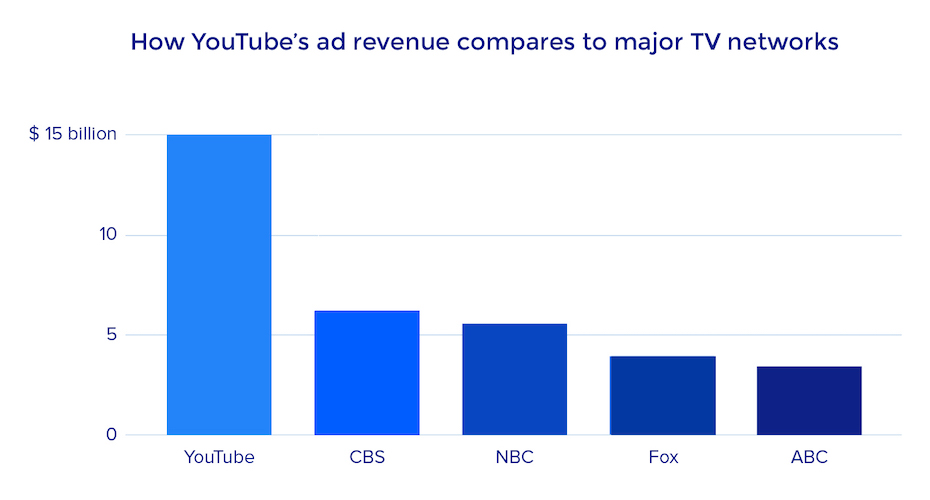 Ads on YouTube generated $15 billion in 2019. CBS, the closest major TV network, didn’t touch half of that. Fox and ABC don’t even have a third.

And though $15 billion makes the TV giants look less so, the number represents only 9% of 2019 revenue generated by Google’s parent company, Alphabet, which totaled $162 billion.

Going forward, it seems YouTube will claim a bigger piece of the Alphabet pie. The video platform’s ad revenue increased by a stunning 36% in 2019. And that’s the highest rate increase among any of Google’s other platforms, including search ads: 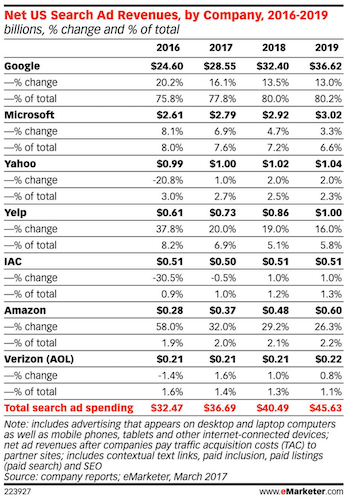 Why is Google releasing data on YouTube ad revenue?

The first YouTube ad aired in 2007. It’s been 13 years without releasing any revenue figures, so the obvious question is: why now?

To provide further insight into our business and the opportunities ahead, we’re now disclosing our revenue on a more granular basis, including for Search, YouTube ads and Cloud.

But revenue alone doesn’t offer much insight. There’s a lot we still don’t know. Is YouTube profitable? How does it spend the $15 billion?

You won’t find those answers in the report. And when contacted for comment, Google said “the company did not have anything to share beyond comments made in the news release and conference call.” In both, Porat and Google CEO Sundar Pichai stuck to the message that the move was meant to provide insight into the business.

But that still doesn’t answer the question of why now? And with little beyond the report to go off, experts are forced to speculate. In a blog post for Marketwatch, Jeremy C. Owens, Technology Editor, believes it has something to do with new regulations:

As the revenue-recognition rules were being put in place by companies in 2017 ahead of the deadline, the Securities and Exchange Commission entered into communication with Alphabet specifically to discern why it was not providing revenue numbers for its segments, mentioning YouTube, Google Cloud and some other businesses, such as hardware. Google responded by saying that its chief decision-maker, Alphabet CEO Larry Page, did not see results parsed to that level, though Google CEO Sundar Pichai did.

All of that changed at the end of last year, however. Page and his co-founder, Sergey Brin, stepped down from active leadership at Alphabet, and Pichai was promoted to CEO for all of Alphabet. That meant that Pichai would become the chief decision-maker for Alphabet, which had already admitted to the SEC that he saw results for YouTube and other Google businesses. In effect, Alphabet was caught in its own trap and would be forced to break out those businesses with Pichai in charge.

If Google was forced to release the numbers, it could explain why they’re reluctant to elaborate on YouTube’s financials. If they had no intention of publicizing YouTube’s revenue in the first place, why would they share more? It seems, if Owens is correct in his analysis, we’re lucky even to hear the ad revenue for 2019.

But even before Alphabet was “caught in its own trap,” it was feeling pressure from several parties regarding its lack of transparency in certain areas. Not only were investors demanding more detailed information about the platform’s performance, but the justice department had begun investigating its use of ad tech. A coalition of 50 attorneys general formed to probe Google for anti-competitive behavior, and today that investigation “ramping up,” according to the Wall Street Journal.

For marketers, transparency has been an issue, too. And many have felt hesitant to advertise on YouTube freely in the last few years. Following the release of YouTube’s revenue, though, advertisers would do well to reevaluate.

What does this mean for marketers?

Over the last several years, this has been the most significant point of contention between YouTube and its advertisers. Brands keep finding their videos among harmful content, and Google keeps scrambling to do something about it.

There was outrage over extremist content, white supremacist videos, conspiracy theories, and even exploitation of minors. And with users uploading 500 hours of content every minute, it’s been difficult for YouTube to police:

Predictably, brands have boycotted the platform multiple times. But YouTube says it’s committed to solving these issues and has released safety measures to keep them from happening in the future.

On top of manually eliminating hundreds of thousands of videos and channels that violate the YouTube terms of service, it’s partnered with lawmakers and civil society to eliminate extremist content from the site (viewers will see this image if a video is removed): 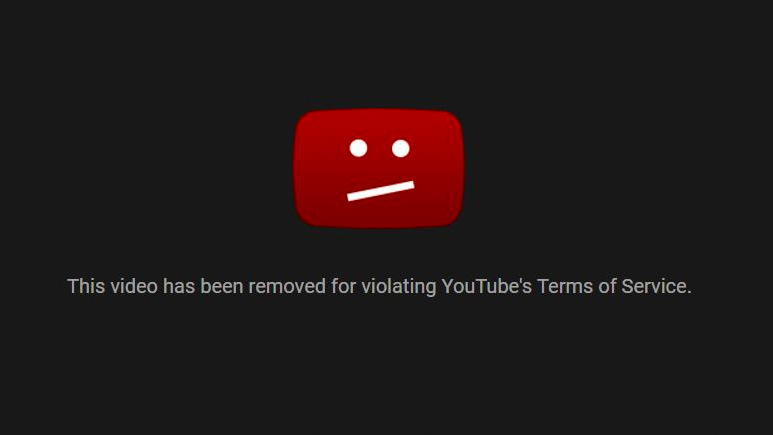 The company has also invested in personnel and machine learning to catch inappropriate content early. According to YouTube, the process has been working:

All of this is surprising given the recent news on YouTube revenue. Despite all the negative press and advertiser boycotts, it seems ad revenue on YouTube is growing faster than on any other Google channel. According to its press page, YouTube as seen:

The reality is, YouTube can never be 100% brand safe, says Shelly Palmer in a post for AdAge. And maybe that’s okay. Because if advertisers want affordable and meaningful reach, they probably won’t get it on a regulated YouTube:

It’s the platform’s widespread access to a diverse user base with purchasing power that makes YouTube the video advertising powerhouse it is, says Palmer:

In the real world, people live rich, full lives and enjoy many different kinds of conversations and language and entertainment. Humor is regional. Music is global. Curses and weird visuals that surprise and delight tend to find an audience. When you put it all together, if you want to reach a gigantic audience, you are going to need to find audiences that look (from a data modeling perspective) like your best customers, and the opinions of people in the real world about what is, or is not, acceptable is a heterogeneous mix. If your target is too narrow, or if you are only interested in content that could play at 7 pm Sunday nights on an FCC-regulated television station, you are going to pave the way for your less squeamish competitors to destroy you.

She goes on to say that if you want an FCC-regulated platform you can show every night at 7 o’clock, it’s easy to make. But it will be just like all the other TV channels that YouTube is currently crushing in ad revenue. And if you’re an advertiser, you’ll pay more to reach that similar TV audience, and they’ll be significantly less diverse:

Tyson Quick, Founder and CEO of Instapage, believes the new numbers could mean the beginning of the end for TV advertisers and an opportunity for digital advertisers:

It goes to show that YouTube is not only reaching way more people but now generating twice as much as the next network. If that trend continues, traditional TV other than major events is not useful or as actionable. Pair your video ads with a landing page and get better targeting and bang for your dollar.

The enormous and diverse audience of YouTube makes it the best place for digital advertisers to capitalize on the power of video ads. But even with narrow targeting, that message is lost if brands do not drive their audiences to a personalized post-click landing page.

If you are narrowing your targeting on YouTube, which you should be to reach an audience that finds your ad relevant, you must also create a post-click landing page based on your ad targeting parameters. Otherwise, your ad is not relevant to the people who click it. Every audience needs its own dedicated post-click landing page. Find out how to create them at scale with a demo from Instapage.